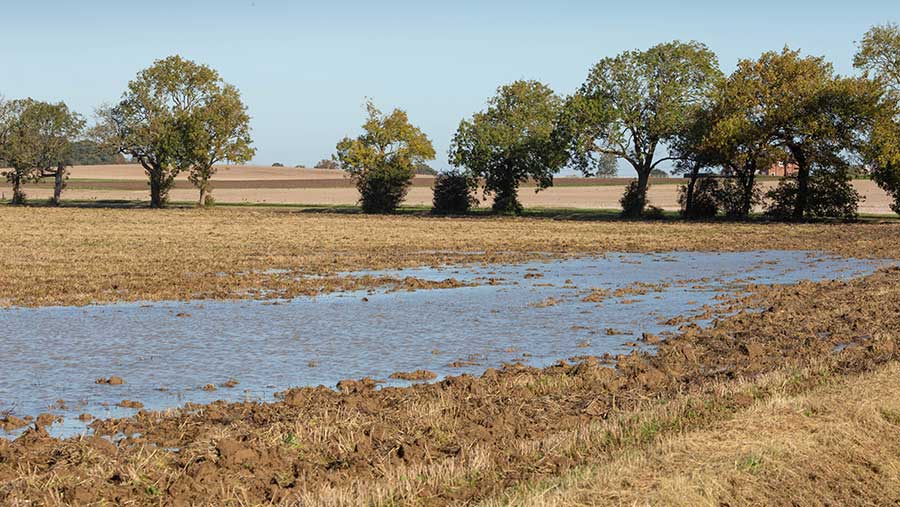 Rain and stormy weather have prompted concern that UK farmers could be in for a repeat of last year’s wet autumn.

The Met Office forecast suggests wet and blustery weather will spread to other parts of the country over the coming week (starting Monday, 28 September).

See also: Podcast: Storms on the way and when to drill

It will start initially dry for many places on Tuesday before cloud and rain arrive later, according to the Met Office long-range forecast.

“Into the middle of next week, it is set to return to unsettled conditions with generally windy weather coupled with showers and occasional longer spells of rain at times,” it says.

“The heaviest rain is most likely in the west and north-west, which may also see gales, with a low likelihood of them turning severe, at times.”

Earlier this month, a poll by Syngenta suggested 56% of winter wheat growers had their drilling delayed by a month or more by last year’s wet autumn.

Syngenta seed expert Tracy Creasy said: “It appears most growers are taking a sensible approach by resisting the temptation to drill early as a knee-jerk response to 2019’s washout autumn.”

“That is a good approach to take because early drilling does increase the risk of all four problems that participants in the survey identified.

“Nevertheless, a number of winter wheat growers were intending to drill earlier. These growers are going to have to take extra care – beginning by growing robust varieties.”