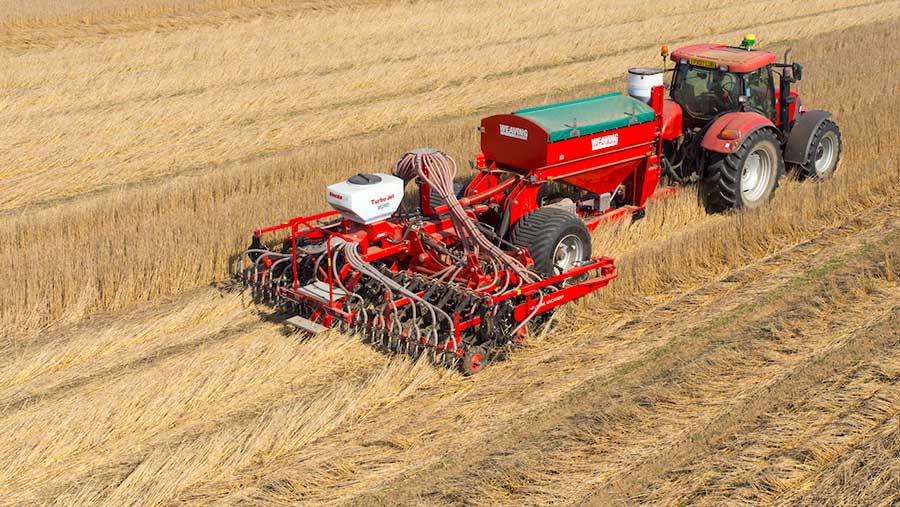 No-till – the art of drilling seed directly into the soil in one swift pass without any cultivation or seed-bed preparation – has a growing fan base.

Almost one-fifth of all combinable crops in the UK were established using this method in 2016, according to results of a cultivations and cover crop grower survey conducted by Cranfield University researcher Tom Storr.

Popular events such as Groundswell, an independent no-till farming conference hosted by farmers for farmers, was again brimming with grower interest and excitement this year and confirms that no-till farming is on the up.

Attendees of this event, which was hosted for its second time at the Cherry family’s farm in Hertfordshire, were treated to talks from six overseas farmers and experts, including two US growers with a combined experience of 56 years in no-till and cover cropping practices.

Farmers Weekly asked them what growers on this side of the pond can learn from their successes and failures. 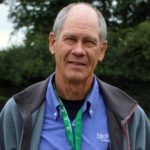 Keith Thompson has been no-till farming continuously with his son, Ben, and brother, Doug, near Osage City in Kansas since 1991.

The farm has evolved over the years to become more diverse, growing more species of cash crops, incorporating cover crops and introducing livestock into the system to bring soil and environmental benefits.

He dabbled briefly with no-till in 1974, but crops failed to establish well enough so the system was immediately dropped.

Patchy plant emergence can be one of the biggest problems when establishing a crop with a direct drill. Mr Thompson says plenty of downwards pressure and good sharp discs are key to success.

“I had poor and uneven emergence and that was because I didn’t have enough downforce pressure. So I used the most heavy-duty springs and hydraulics I could find to get more even emergence,” he reveals.

He boasts that he once drilled right through a piece of sheet metal that was lying in one of his fields and didn’t notice a thing because the drill cut straight through.

Other changes Mr Thompson has made to help achieve greater no-till crop emergence was to replace the drill’s opening blades more frequently, as he realised that metal wear was hampering seed placement.

“We were running opening blades far too long, so we changed these sooner as we found that the seed wasn’t making it to the right place and this led to a 3% yield loss,” he says.

A tongue was fitted to his drill’s seed spout to keep the channels open, allowing the seed to make it down to the bottom of the trench, even after metalwork has worn slightly.

Mr Thompson explains that direct drillers should aim for a flat-bottomed V-shaped seed trench, so the seed is pressed right down into the slot.

His drill uses a following press wheel to push the seed into the flat bottom of this channel for excellent seed-to-soil contact.

“I also had problems with not closing the seed trench properly, so I went over to using spiked press wheels because rubber or metal wheels didn’t do the job. And if the soils dried out, the channels would open up, especially on the heavier clay soils,” he adds.

When running any no-till drill, regardless of make or model, Mr Thompson stresses that growers need to keep the machine maintained to the standard the engineers designed and built it to work at.

Harvest is the starting point for seeding success, according to Mr Thompson, as residue management and compaction are two key factors in deciding how direct-drilled crops will establish.

A common-sense approach at harvest will help mitigate problems later, so extra-wide tyres are fitted to the combine to ensure that soil compaction is minimised.

Where possible, Mr Thompson advises trying to cut the amount of residue left behind and also improve the spread of chaff.

“Use common sense – if it is a windy day, start at the correct point in the field so the chaff doesn’t blow across the unharvested crop and then has to pass through the combine a second time. This helps keep residue spread more even.”

Having a live rooting system in the soil by using cover crops can also aid direct drilling and is proven to build soil organic matter levels over time, helping to make a better channel for the seed to grow from, Mr Thompson says. 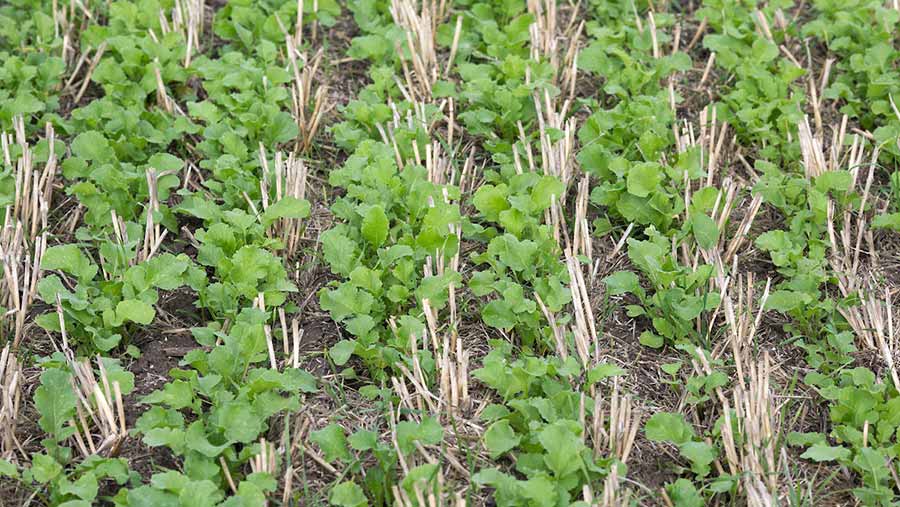 Cover crops are something that fellow American no-till enthusiast Rick Bieber believes to be the key to promoting healthy soils and breaking through yield barriers.

A fourth-generation farmer from South Dakota, Mr Bieber first moved over to no-till in 1987 and farms about 1,210ha plus a further 2,000ha of native rangeland used to keep a 500-strong herd of cattle.

Crops grown at Bieber Farms include corn, red spring wheat, sunflowers, buckwheat, chickpeas, lucerne and millet. He has been growing cover crops for the past 18 years.

“We want to go back and do what we have done before to be able to make a profit, but most of that profit came at the expense of our soils,” he says.

See also: How to select the best cover crop species for you farm

He thinks cover cropping bare soils along with establishing cash crops with minimal soil disturbance can go some of the way to repairing damage as part of a long-term strategy.

Wheat isn’t a major crop in his rotation, but Mr Bieber says in the first five years of no-till his wheat yields doubled to 1.4t/ha.

In 2011, he saw a 15% improvement in corn yields where cover crops were grown compared with areas without cover and he also saved about £10/t on herbicide and NPK fertiliser inputs.

In 1995 the farm started using a stripper header on the combine and this pushed yields up significantly, says this self-described “soil caretaker”.

“We found this was because our soils were a few degrees warmer [in areas with long stubble] and that helps the soil’s biology.”

The next crop is drilled into this waist-high residue using a no-till disc drill. Mr Bieber says the taller crop residue helps his establishing corn plants breathe more carbon dioxide at the cotyledon stage and this makes the young plants more water and nutrient efficient, which in turn helps pump up yields.

He uses what he calls a “cocktail mix” of cover crop species and these have helped corn yields triple over the past two decades.

Cover crop species typically used include flax, millet, buckwheat, sunflowers and soya beans. Mr Bieber believes there are benefits to growing a mix of cold- and hot-season species so that a good cover is achieved whatever the conditions.