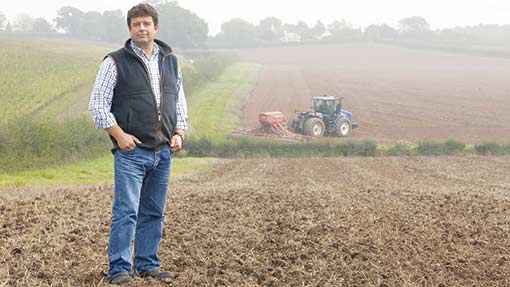 I hope the coming months give some clarity to CAP reform proposals. Some may believe that the three-crop rule is utter madness, but step back and look at your business and the problems it faces.

If you are a short-rotation wheat and oilseed rape grower or a continuous wheat grower on heavy land then there is a good possibility that you have a blackgrass problem. Chemicals alone will not solve this problem and the sooner people wake up to this the better, bearing in mind there are no new chemicals coming to market for the next 10 years.

Despite what many say there are options to aid its control and a wider rotation is one such option. Arms will be thrown up in horror at the thought of giving up continuous wheat and the cocktail of active ingredients that you could throw at it, unsuccessfully, each year.

Ploughing every year will not control blackgrass. The seeds need to be buried for five years to stand a chance of making them unviable. There is no point in bringing back to the surface those seeds that you buried the previous year. If you plough every year and see no blackgrass, can I suggest that you don’t have a blackgrass problem.

On the other hand, I also wait with cautious optimism to see the results of the new-found interest in direct drilling. I do not see this a solution until the blackgrass has been dealt with first.

A longer rotation with at least three crops will give different control methods both culturally and chemically at different times of the year. Reduced profitability will be the concern of many, but doing nothing will render a lot of land in the UK unsuitable for wheat production and that will seriously reduce profit and land values.

Finally, my thoughts again go out to all of those still affected by flooding. When properties on the Thames are no longer under water, I can see flooded farmland in Somerset being forgotten about. Farming has shown amazing support for itself in the last two months, but it is the next 12 that will be more crucial.

Read more from all our Arable Farmer Focus writers