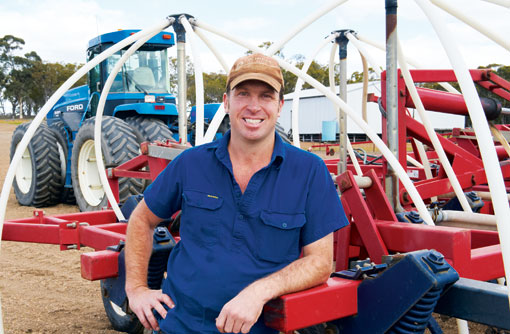 After seven tough years of below-average rainfall, seasons with late starts and hot dry finishes, we are finally having what most farmers would call a perfect start to the season. With seeding finally finished, it’s time to reflect on what has been a turbulent six months.

After a dry season last year with below-average yields, making that five below-average years, there was for many the real chance this year’s crop wouldn’t be going in. The banks had made it clear they weren’t going to be funding everybody and there was going to be some pain in the bush.

Farmers go out of business all the time, over spending, poor investments and poor farming practices, but this time some of the best farmers were on the ropes, despite making all the right decisions. The question was asked of the government, can we afford to let them go?

The government said no, and set about offering funding for viable businesses with short-term low-interest loans to help the better farmers get back into business. For those for whom no level of support was going to help them return to farming, counselling and funds to help exit were given.

Just in case it wasn’t tough enough, there is in the community at the moment constant pressure on farmers over animal welfare and the price of food. One of the supermarkets even sided with an animal activist group to sell anti-farming shopping bags in its stores to raise money for ads to attack producers that supply that very store. On one hand government is having to help farmers because the returns are too low to make a profit, and on the other the supermarkets are driving the price of food lower.

Farming’s a funny game, there’s so much we aren’t able to control and in reality we probably never will have any more influence than we do now. But when the rain started falling in mid-March and with a near-perfect seeding and both the crops and the livestock looking better than I’ve ever seen at this time of year, I really couldn’t give a stuff. I’m just so happy Western Australia is finally having a good year.

Rob Warburton farms 3,000ha with his wife Jen and two daughters in Kojonup, below Perth, in Western Australia. Cropping includes wheat, barley and oilseed rape. Wildflower seed is grown for retail. Merino sheep are reared for wool and meat