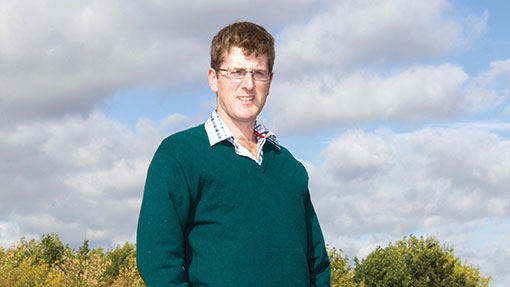 There have been times since the autumn when I have questioned the sense of my decision to delay my wheat drilling, with the decision then being taken out of my hands by the weather.

I must confess when I saw drills romping along with dust pouring out behind them I was a little envious, even more so when I could see the crop appearing in rows.

When it got to December and wheat was being planted after sugar beet I was still itching to get the drill out, but heavy land and December drilling are not suited.

The full impact of blackgrass can now be seen across the county and I am pleased I made the decisions I did. It was worth being the butt of every farming joke too.

I am wary of being too smug as these things tend to come back to bite you on the behind, and it remains to be seen if I am prepared to do the same this year. The answer is probably yes, though.

The key to controlling blackgrass is first admitting you have a problem, just like any addiction. From that starting point progress can be made.

Just look at the local elections. There are evidently some very disgruntled members of the electorate who either abstained from voting, or submitted a protest vote, or just didn’t bother.

The mystifying thing is that the three main parties still keep trotting out the same old rubbish keeping alive the petty arguments and point scoring they seem to thrive on, as opposed to taking on board the country’s views.

The first thing any government or council needs to do, way above prioritising immigration or reform of the welfare system or the CAP, is to improve people’s manners.

Have you ever asked people for directions in London, or tried to talk to the person next to you on the Tube?

They look at you like you are manically wielding a crucifix, before ignoring you and moving silently away.

If only trying to make conversation with it would make blackgrass disappear as easily.