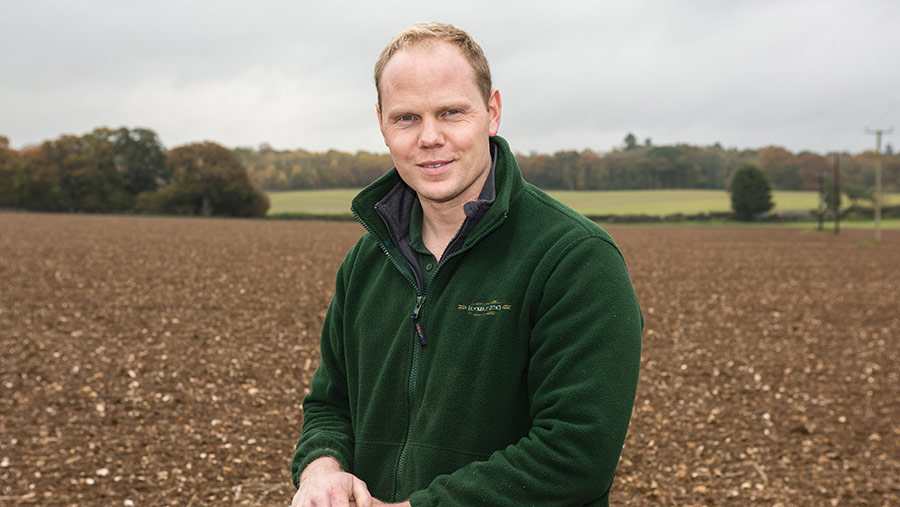 After historically leaving volunteer beans until the following spring to control, we have had to control some in wheat where losses were just too high last year.

The mild winter has caused a later flush of broad-leaved weeds, so early spring competition will be reduced, following half-rate autumn florasulam.

Aphids are still found in crops, even the late October drilled wheat. Time will tell on the level of barley yellow dwarf virus incidence.

The agricultural transition plan was almost predicting the predictable, as much of what we have heard has been the direction discussed over the past four years.

I can only influence what we have control of within our business, so we will continue our efforts.

We set ourselves the target of having a farmgate product to sell by the end of 2020 and I’m pleased to see Lockerley products for sale in local village shops and pubs, along with farmgate sales.

There is something satisfying in loading a lorry with milling wheat and having some of it back as flour.

I find myself listening to podcasts or watching YouTube presentations for information on how I want to farm, although most are from the US, New Zealand or Australia.

The lack of UK data shows clearly where the funding has been directed in the past, leaving like-minded farmers to lead this system research and change.

X versus Y trials have a small role to play, but farming doesn’t work like that. The industry requires independent work to give confidence if we are to change direction.

There is some brilliant work and discussion from Base UK, Groundswell and Niab Tag, which is setting the direction of travel for me.

I have really enjoyed contributing to the arable Farmer Focus column over the past two seasons but will now pass the role over, so you can hear from someone else.

There is no doubt the next five to 10 years will bring challenges, but I really believe farmers will be partners throughout this change so I will remain a realistic optimistic farmer… Merry Christmas!