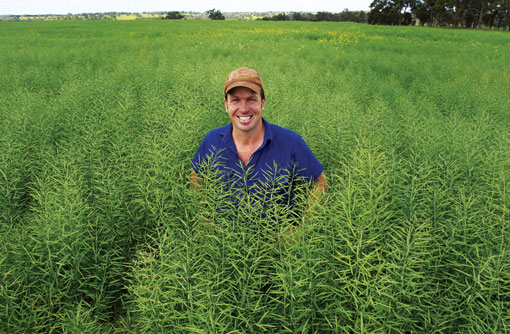 In the world of social media, 24-hour news cycles and nothing getting print or TV coverage unless it has “shocking” or “sensational” in the title, is the consumer finding out more about the world they live in, or are they in reality consuming more of the marketeers’ spin?

When you look on the shelves of the supermarkets, there is little or no indication of the origin of the food or of the way its produced. Instead the consumer sees pictures of the ideal farm with is green rolling fields, smiling cows and a farmer in overalls chewing straw.

The marketeers and supermarkets will tell you that this is what consumers want to see, they don’t want to be confronted with the cold hard reality of animals dying and grain being harvested by giant machines and processed in large multinational factories. So is agriculture setting itself up for a fall.

In marketing there is one golden rule, you deliver what you promise. Consumers are starting to wake up, through social media they are starting to see the reality of the food supply chain and it’s not matching the story they have been fed at the checkout. Cows don’t always graze green rolling hills and other than a few farmers in the mid-west states of the USA, we don’t wear overalls.

Here in Australia, there is an endless succession of TV shows about cooking and home gardening. Consumers are told “you should only buy your food from a growers’ market, direct from the farmer” as if all other food comes from some multinational factory, or “grow your own veggies so you know they are safe and you’re not harming the environment”.

It’s the picture that over time is building in the consumer’s mind about agriculture, that it’s a big business and that it needs to be controlled because we can’t trust it anymore. Maybe we need to impose more checks and audits on farmers.

Unless as farmers we can regain the trust of the consumer and start telling our own story, we may find ourselves filling out a “Licence to Farm” form.