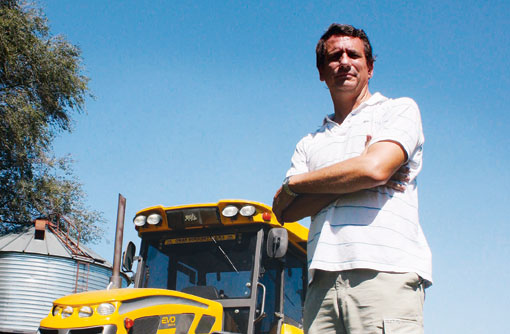 Wheat planting in my area got off to a slow start on an area that will likely be smaller than last season. It follows a very poor harvest in 2012.

The difficulty in getting hold of quality seed and the high break-even yield because of the export retention tax is having an affect. In my region (Rosario) which is dominated by maize and soyabean crops, the unwillingness to grow wheat is a worrying trend and it seems certain that the Argentinean wheat area will fall.

After several years in which the government intervened to transfer resources from production to other links in the food chain, they have announced a series of measures to boost the area planted this season, including the indirect reduction of the 23% withholding tax through a system of reimbursements at harvest time. We will see if this actually happens.

Millers have said there is little risk of a wheat shortage and that the harvest carry over from last season of 4.3m tonnes is sufficient to cover the needs of the domestic market and exports. But you only have to look at the beef sector to see the consequences of market interference.

However, I believe the millers’ view is in doubt. The coming weeks will reveal the seriousness of the situation and the feeling of a wheat shortage is already in the market place. There is little wheat in the south of Buenos Aires province, far away from the flour mills of the central region where the crop was conspicuous by its absence last season.

This situation leads to ridicule as the government is saying one thing and the market is doing another. The Argentinean wheat price (old crop) is 20% over the international price at $400/t (£260), some $125/t (£82) above the Chicago futures and double the new crop price. So we can conclude that export retentions don’t work when there is nothing to export!

The fall of the beef sector was a result of a decade of government price controls, forcing the market to produce at less than the cost of production, which resulted in the decimation of cattle numbers. We now import beef and the market price is three times what it was five years ago.