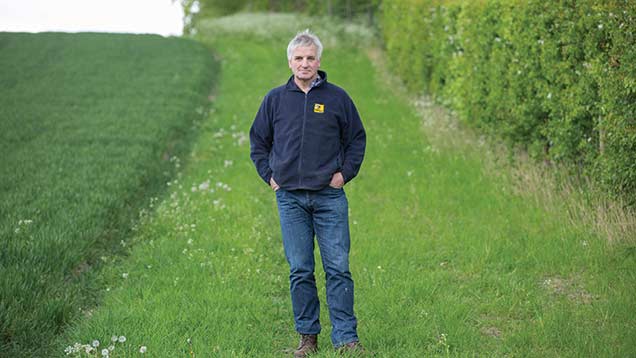 I have just heard a fascinating piece on the Radio 4 PM programme about emails.

A survey found that in some offices, employees spent up to 40% of their time dealing with emails. In places where internal emails had been banned, productivity rose by 25%.

I must admit to spending what seems to be too much of my day dealing with emails, but I do find it has dramatically reduced time spent on the mobile. In fact, I feel rather in limbo at the moment despite daily reminders about how many days there are to 15 June and how few BPS forms have been sent in.

To date, I have been unable to proceed as I have only one set of maps for one of the applications I have to make and no pre-populated forms. For the other four applications, I have neither forms or maps. Speaking to the Rural Payments Agency yesterday, I have been assured the forms will  be posted to me next week.

What I have already received by post is eight meaty A4 envelopes from the Forestry Commission and at least 15 similar envelopes from Natural England to make annual claims for our woodland schemes and the various HLS/ELS schemes we participate in.

New for this year is a load of forms to record dates and the number of sheep that graze the various compartments on the neighbouring Site of Special Scientific Interest, which is also a common, as well as fields we have in HLS/ELS.

Both the recording of sheep movements and annual claims for environmental stewardship are new requirements this year. It also marks a return to the situation we had a few years ago, before a drive to reduce paperwork for annual claims and recording were dropped. So my attempts to move towards a paperless office seem to have been thwarted.

Many thanks to Peter Kendall for the positive message he put out at the recent Young Farmers Club AGM last week and also in Farmers Weekly about farming prospects for all young farmers and those seeking to enter the industry.

Several of my farming colleagues and I, who are actively trying to recruit staff for various roles on our farms, empathise with his observations about the “missing generation”.

Robert, 2006 Farmers Weekly Farmer of the year, farms 1,500ha on the Hertfordshire/Essex/Cambridgeshire borders growing cereals, turnips, mustard, forage rape for seed and sugar beet, plus 300ha of grassland supporting a flock of 2,500 ewes. He also manages 500ha of Nottinghamshire sandland.