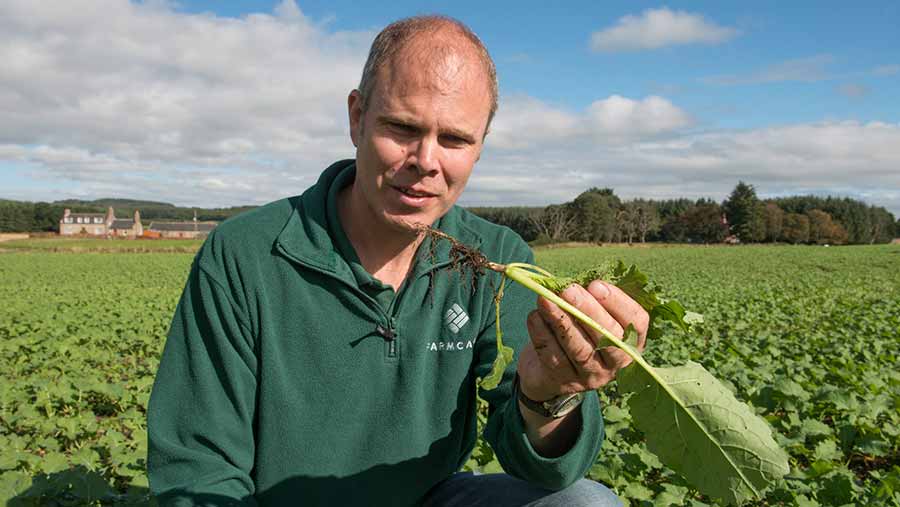 Much to my surprise, slugs have not been much of an issue. I am putting this down to OSR stubbles being ploughed early while the soil was dry, combined with a long period until drilling promoting a bit of surface weathering to give good seed-beds once the wheat was drilled.

We have made a good start to winter ploughing, although we are now catching up on fields which require lime, drain repairs or muck to be applied.

A dry week to let some of these jobs progress would be welcome, but having seen the forecast is not likely.

Although Brexit has been much talked about in the past 18 months, other than on currency I had not felt any direct effect until this week.

When discussing spring barley contracts for next year, I got the message from the merchant there will not be export contracts available for brewing barley from the north-east of Scotland.

This is due to the export period for this barley being potentially after our departure from the EU and the possibility of there being an import duty to supply this grain into the EU market.

I will now need to decide whether to grow Irina for feed, or to go 100% to distilling varieties.

I am looking at replacing our seed drill, and a feature that I want to be able to do in future is apply variable seed rates.

Assuming this was now fairly straightforward, I thought it would just be a case of ensuring that the drill box could accept a file on a USB stick.

Sadly, it would appear there are still a range of file types, differing compatibilities between manufacturers and my pet hate of having to pay for unlock codes to be able to use the box.

Agriculture really does need to get standard systems, cable and file types in the same way as happened with computers in the 1980s, so that you can buy in the confidence that you can just plug it in and it will work.

Robert Drysdale is farm manager at Farmcare’s 1,610ha business in Aberdeenshire, growing winter and spring barley, wheat and oilseed rape across four contract-farming agreements to the south of Inverurie. The farm has 130 beef cows on land less suitable for crop production.