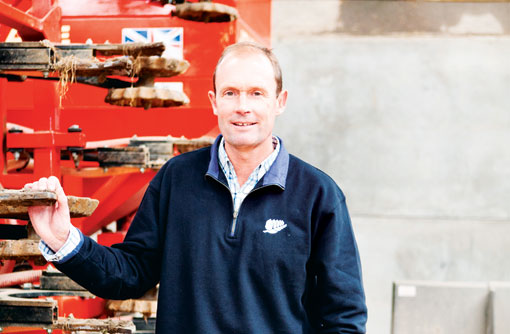 The cereals event was as fascinating as ever, after two full days I still hadn’t seen and discussed all I wanted to. Of particular interest to me was the increasing appearance of direct drills, strip till units, cover crops and foliar nutrients. I’m hoping that this may mean I haven’t been barking up a tree in completely the wrong wood.

Last year I met a chap who could fit a liquid fertiliser system to my tined Dale direct drill, but I was concerned about blockages and didn’t take the plunge. However I saw the drill at the show kitted out with the system and redesigned seed boots, so I’ll hopefully find out how they get on. I have had good results from starter fertilisers in terms of speed of establishment and initial growth, but have yet to take that advantage through to increased yield.

At a recent BASE UK and NIAB TAG farm walk held locally, we saw the differences in spring oilseed rape between drilling direct with a cultivator drill, knife tine drills and a disc drill with and without fertiliser in the seed row. The cultivator drill looked worst at drilling, but after rolling twice has produced bigger plants quicker, followed by the disc with fertiliser, the knife tine and then disc without fertiliser.

But will there be any difference in yield? Clearly more soil movement mineralises more nutrients, but is it the right thing to do in the long term for soil structure and biology and weed control?

Another hot topic at Cereals was stubble burning. It can help with blackgrass control, but on the other hand, if I followed it with some bio solids and a planning application for several wind turbines, I think I may have to beef up security. However we are being asked to produce more food without these techniques, without chemicals and without GM technology and little research into alternatives – there needs to be some movement somewhere!

I await the government’s imminent Agri-Tech Strategy announcement with interest – we need new money, not just talk of a good game. Let’s not wait until we’re hungry before acting.

Andy Barr farms 630ha on a mixed family farm in Kent, including 430ha mainly of winter wheat, oilseed rape and spring barley. The rest is in an OELS scheme and grazing for 500 Romney ewes and 40 Sussex cattle