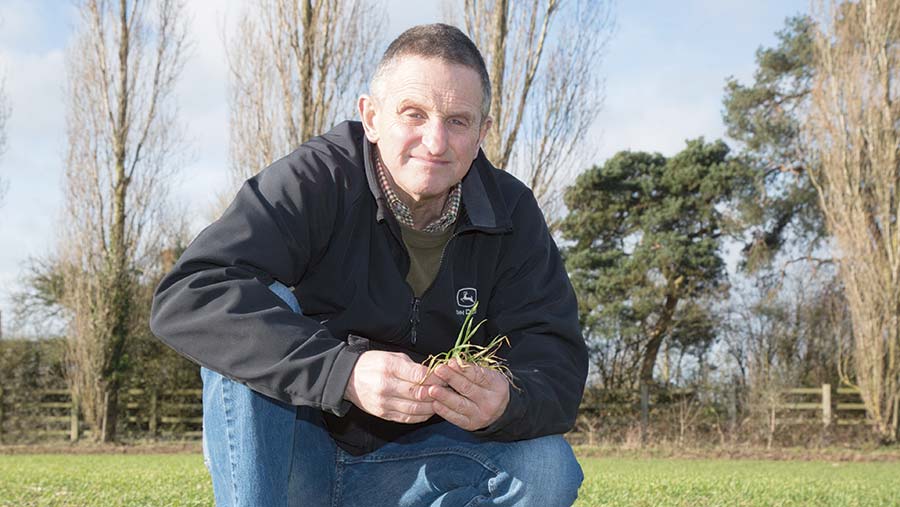 One of my favourite meals is bangers and mash, but I definitely don’t like mush.

When the first “Beast from the East” roared in, it certainly dried out the soils. However, as the snow melted and the daily doses of rain continued, the ground rapidly turned to mush once again.

The pigeons were making their presence known well before the cold weather, so bangers have been the order of the day for a while now.

My foray into cover crops has produced some interesting results from the trials I conducted last autumn.

Even so, I am not sure I will use them for greening this year, as each hectare is only valued at 0.3 for my ecological focus area requirement, which is a poor return on the £70-£80/ha it costs to establish them.

Getting a good chit

As we are using farmyard manure in the rotation for the maize, the amount of organic matter from cover crops is tiny in comparison.

Additionally, some of the claims made for the benefits of expensive seed mixes do take a bit of believing.

I would still really like to pursue the cultivation effect though, because based on my work so far there does look to be some mileage in this.

As my cover crops preceded spring crops, which are in place to help with our blackgrass problem, a good chit of this pernicious weed is vital.

I need to do more work on seed rates, mixtures and time of establishment because I don’t want thick crops that make germination and subsequent control of the blackgrass difficult.

Having achieved a fairly open crop this time it has delivered much of what I had hoped for.  I will continue with my trials, because I am sure they are going to figure in any government schemes in the future.