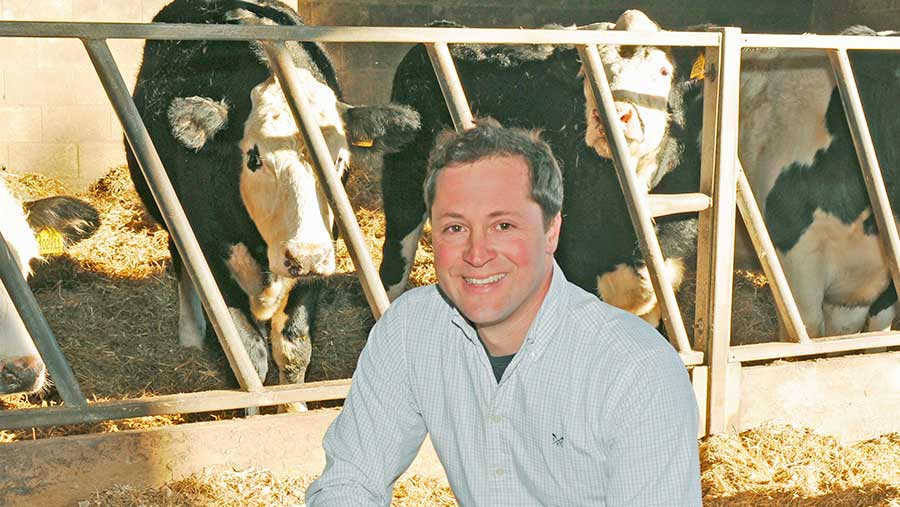 It has been a frustrating spring on the farm with the ‘pinball’ weather calling the shots. Luckily we had sufficient straw and forage supplies to carry our stock indoors for an extra month as pastures were completely waterlogged.

Spring barley drilling was eventually completed on 20 April; a new late record for the farm and several days after the first cuckoo had been heard in the valley.

How much yield potential this ‘cuckoo barley’ has remains to be seen but we have front loaded fertiliser applications to try to retain malting specification.

Operational delays have also rolled on into maize planting and spray programmes but overall the crops look OK and certainly have no moisture deficit issues! Spring beans emerged patchily from wet seedbeds and are clearly the weakest crop.

I am one of over 100 farmers signed up to the FaceTime a Farmer initiative to help promote agriculture straight to the classroom using smartphone video technology.

This is a very rewarding experience and I would recommend it to all; it’s tremendous to see such enthusiasm in the young about food and agriculture and this has become a highlight of my weekly schedule.

The scheme aims to expand in 2019 with many more farmers.

I was disappointed but not surprised to see all outdoor use of neonicotinoids has now been banned across Europe. This will add considerably to the autumn workload as slugs and insect pests will need to be controlled in other less targeted ways.

The lobbyists behind this outcome are no doubt delighted and switching straight onto their next target; I fear we will soon be hearing a lot more about pyrethroids in the press.

The real irony remains that we will still be importing products grown using those actives now denied to us, basically undercutting our own production costs.

Having just completed the ‘Health and Harmony’ consultation it is evident that ‘taking back control’ through Brexit now likely involves severe slashing of agricultural support; will it also leave us with third-rate trade deals to contend with?