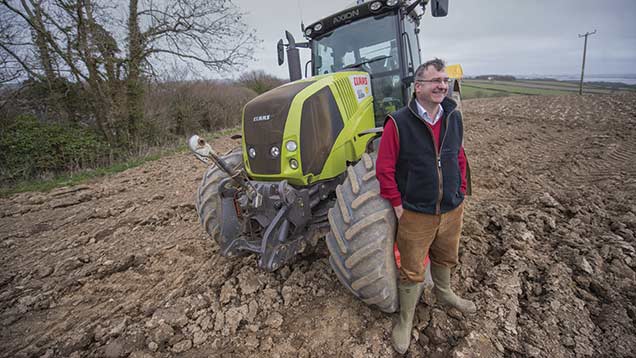 I have just received the latest cross compliance guidance from Defra. The timing is good in that I have at least got sufficient information to make decisions.

I have virtually finalised our spring cropping plans, having had discussions with our customers on their anticipated requirements.The crop diversification, three-crop rule, is not an issue as I have plenty of variety with up to 12 crops grown.

This year the added complication of ecological focus areas has had to be part of the deliberations. Spring beans have been a feature in the rotation on a couple of the farms for a number of years and will be useful for meeting the requirements.

I had also taken the decision to try an area of peas in 2015 on some of the lighter land I felt was too drought prone for beans.

This cropping change was made before the Defra announcement on legumes meeting the EFA (ecological focus areas) requirement and will prove advantageous in that respect. Sadly though, my budgeted returns may be somewhat less if the national area planted increases significantly.

The remainder of my EFA requirement is likely to be made up of buffer strips and hedges. I’m not sure that catch and cover crops have much relevance in our situation, however, I will keep an open mind.

Concerns about late payment had initially put me off entering hedges and I had debated how the 5% could be achieved in other ways, at least for the first year.

The obvious way to meet the requirement in this part of the world is to use the hedges of which we have many and the recent reassurance that the payment is unlikely to be delayed has proved welcome.

I, like many, hope that the RPA (Rural Payments Agency) has the capability to deliver this time around.

Like all things new, I suspect that I will see how it works for us in 2015 and possibly change it again for 2016, depending on the outcome.

Otherwise, we are into a quieter period with most things caught up on the arable front.

Like most farming businesses it never completely stops though, with both livestock work and vegetable processing continuing through the festive period.

May I wish everyone a Happy Christmas.