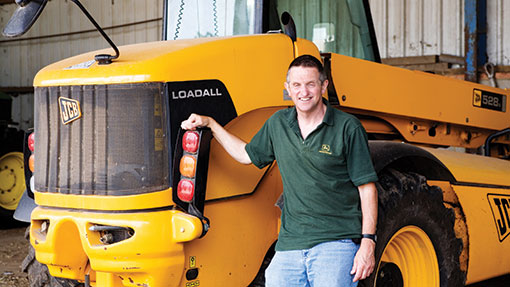 The waters of the Thames have finally receded, except for the odd hollow that still holds water. The floods have left behind a now-dried film of slime, which probably wouldn’t do man or beast much good if ingested.

Remarkably, the 14-year-old arable reversion grassland that was submerged since before Christmas is making a comeback. Not so lucky is the 42ha of winter barley and oilseed rape that were lost and will not be redrilled for this harvest.

Meanwhile, on the higher ground, crops are romping through their growth stages, with winter rape in full flower by the first week in April.

See also: Catch up with all Farmer Focus writers

Leaf three on the faster-developing forward wheats was also starting to emerge. However, the clay cap ground that is destined for spring beans steadfastly refuses to dry out below the surface.

A cultivation to break up the surface cap has finally allowed some moisture to escape, so hopefully now we’re into April we can finally get them drilled. The spring oats that were drilled around 20 March on to lighter ground are up and away.

T0 applications have gone on and the first main split of variably applied nitrogen on the wheats sees us pretty much up to date for now. At this time of year we seem to have to run just to stand still.

T1 has been applied to the Volume winter barley, but the Cassia this year seems quite a bit behind. The wheat will shortly receive a robust rate of either Tracker or Firefly, with the more expensive SDHIs being saved for T2. The Firefly should take care of the yellow rust in the more susceptible varieties and both fungicides should help, along with the Bravo, to stop the rampaging septoria.

The Intergovernmental Panel on Climate Changes report is somewhat less distorted than the 2007 one, but nevertheless makes much of the dire results of climate change. Once again, one has to wonder just how much is based on fact rather than the agendas of climatologists trying to raise money for research and politicians trying to raise taxes.