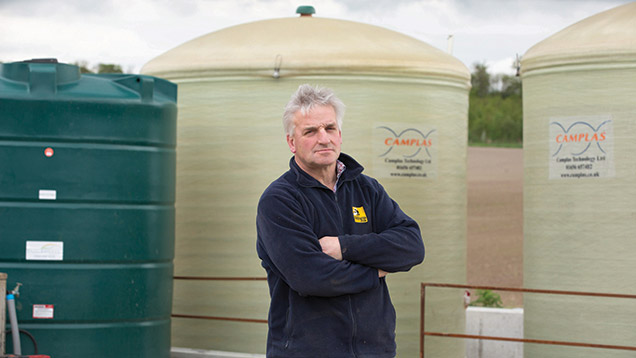 Early July is always a time to get cropping plans for the coming season sorted. This involves finalising seed contracts, choosing varieties, checking neighbours’ plans to see whether we have sufficient isolation distances for our forage rape and turnip seed crops and then comparing margins to give us the best mix.

Many crops that have been automatic choices for several years have issues which have put their futures here into question.

We have grown milling rye for the past seven years and have been increasing our area grown for Jordans Ryvita to supply it with 1,000t/year.

However, there have been large carryovers for the company and it has been experiencing severe competition from Scandanavia, meaning it has had to axe half its existing UK growers.

So we have been left to seek other markets for the crop, including growing rye for a local anaerobic digestor plant.

Sugar beet growing next season is also under the spotlight. At the 2016 contract price, a yield of 80t/ha will be required just to break even and that is before taking into consideration the crop’s effect on following cropping and the farm’s infrastructure.

Defra’s rejection of the NFU’s application for a temporary derogation for neonicotinoid seed treatment use came as no surprise to most growers and many of us are resigned to the fact that despite the ban only lasting two years, we will never see these products available in the UK again.

Despite the promise that Defra’s decision would be science-led, petitions sent to Downing Street with some 460,000 supporters must have had their effect in extending the ban.

Certainly the five beekeepers who have about 30 hives around my farms don’t have any problems with neonics and cite many other causes, such as the varroa mite, as reasons why bee numbers have declined in the country.

For us the neonics situation puts into question our continued growing of forage rape and stubble turnip crops for grazing and seed production.

One certainty for us is the location of the 2016 Cereals site, and once the barley crop is off, preparations will get under way.