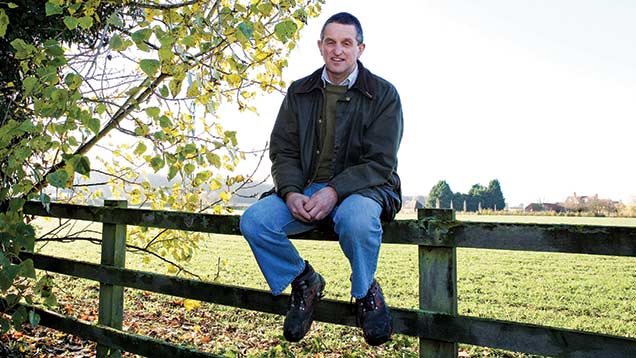 I have a problem looming on 7 May. As I said last month, I am already fed up with the forthcoming general election.

However, when you look around the world and realise there are so many people who do not have the chance to take part in a free and fair election we really should make an effort to cast our vote.

My dilemma is who to give my vote to. The Conservatives have often been regarded as the party with the most in common with the rural population, but the current lot have hardly covered themselves in glory.

The Labour Party couldn’t even vote for the right brother in its leadership election.

A Ukip vote would see us leave the EU, which would be a disaster for the country and especially farming.

The LibDems, Greens and all the rest will never govern the country on their own, but could hold the balance of power. So maybe I should consider tactical voting, with the hope of a coalition government.

I do feel better now I have got that off my chest and promise not to mention it again. Nevertheless, like any good politician I reserve the right to change my mind.

As you have probably guessed by now, absolutely nothing has taken place on the farm since returning from our Christmas break except loading grain lorries and the annual round of servicing and maintenance.

As the evenings start to draw out I always find myself looking forward to getting back out into the fields, but it’s all a bit soggy and cold at the moment.

What we could do with is a period of cold, dry weather to allow us to finish moving the 2,500t of muck for the maize and complete the hedgecutting on the fields left for spring cropping.

We are all currently involved in various updating of health and safety certificates and other courses designed to improve the way we work. A farm trip to Lamma also proved to be a useful day out, now there is easy access to the new site and plenty to see.