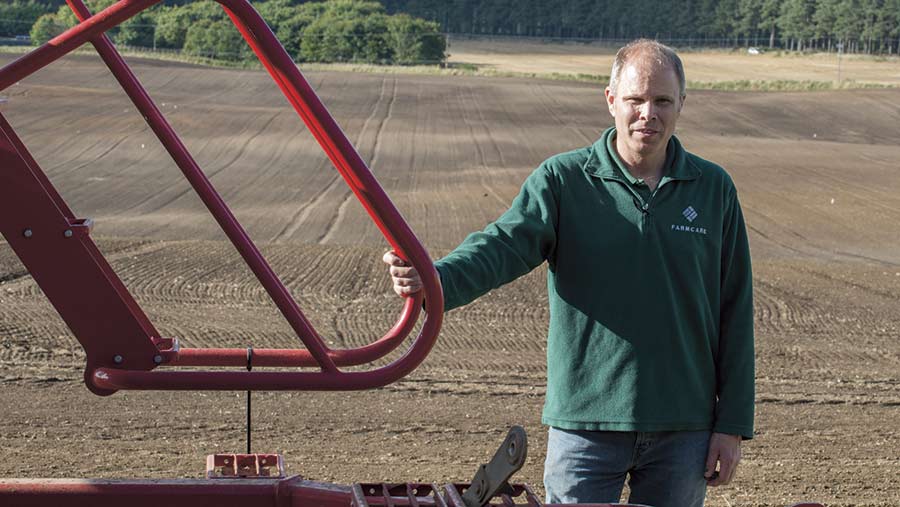 For a year that started off mild and dry recent weeks have certainly been a dramatic change. The snow started here at the end of February, hitting the inappropriately named Spring Show.

Despite several inches of snow closing most schools in the county, the farming community turned out in good numbers to make the day a success.

I attended for a few hours in the afternoon and with the right clothes on – ski gear – I enjoyed having a look round both the machinery outside and the quality livestock indoors.

I was particularly impressed with a locally designed flat trailer which has hydraulic sides for keeping loads of bales or bags secure, which I can see improving both safety and efficiency.

A new drill for spring work

The North East Farm Management Association recently held its annual dinner at which we were lucky enough to be addressed by 2017 Farmers Weekly Awards Farmer of the Year Robert Neill.

His presentation on both his farming system and Nuffield Scholarship were full of inspiration and his tales on the impact of Australian drought on livestock farmers certainly put some of our problems into perspective.  I now need to work on bringing some of his philosophies into my farming systems.

Our new Horsch drill arrived this week, replacing an older version which had covered 10,926ha and I hope the new one will cover a similar area with as few problems.

Tomorrow we are going to be checking all the connections to the tractor are working and getting some lessons on working the updated control box.

Fingers crossed it is all straightforward and that we have an opportunity to use it while the instructions are fresh in the mind.

It certainly feels a bit more like spring this week which should allow us to get the last fields ploughed and some fertiliser on the winter crops before getting started with spring barley drilling.

An extra job that we need to do is to roll the winter crops that were not done in the autumn. If this is not done, we will have to walk over the fields and take off the stones by hand, so there is a strong incentive to make sure it happens.