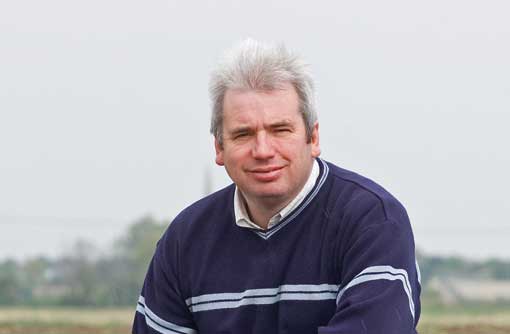 Over the last year or so there have been only relatively modest weather problems here in the Fens and generally the farm looked reasonable this spring.

While it had not stripped the foliage completely, all plants were flattened and bruised and I really thought that at the start of June I might have to re-drill.

The crop has recovered to an extent and after a couple of weeks of TLC I dared start again with the weed-control programme, which is an ongoing challenge. Unfortunately some yield potential has been lost, but if we can keep it clean it will hopefully make up some ground.

The rest of the farm is looking relatively good. The spring beans are growing slowly, but the potatoes have emerged and grown well.

The flag leaf fungicides went onto the wheat in good time (they were a little more modest than last year, but still reasonably robust) and we will take a view on ear fungicide choice and dose as the time approaches.

We had an excellent day helping Michael Sly and his team at the annual Open Farm Sunday at nearby Thorney on the 8 June.

This has now become a two-day event and, with support from many people involved within the industry and the countryside, it has become an interesting and fun day out for all the family.

Despite some slightly indifferent weather, just shy of 7,000 people come through the gates, which is a staggering achievement.

I must congratulate all concerned for a massive effort, and also anyone else across the country that made the time to open their farms.

We have our annual KWS open day here on Tuesday 2 July, again looking at wheat variety demonstration plots, followed by a barbeque from Moor Farm Meats. I would be pleased to hear from anyone who would like an invitation.