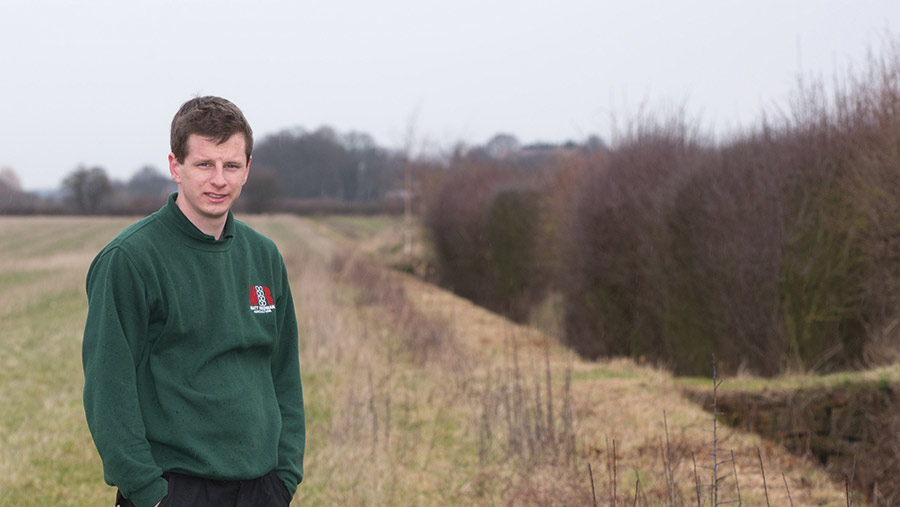 It has been one of the easiest harvests for a long while – around here, at least – with very little rain throughout August. However, it did drag on until 2 September, not helped by the winter beans that were not desiccated, so took a while to fully ripen.

Unfortunately an easy harvest doesn’t necessarily mean a good harvest, with yields being positively average. I was pleased with my own Skyfall wheat, which exceeded my budgeted yield and achieved a milling premium – which was unexpected. But being such a small area and quantity, it isn’t going to make me rich.

Oilseed rape was all drilled before 20 August. Drilling slightly earlier would have been preferred, but it has been dry ever since. There is a debate over whether it would have been better in the ground earlier, when there was moisture, or later to avoid sitting in the soil un-germinated for nearly two weeks.

Amazingly, even though it has been so dry there is evidence of quite a few slugs about – but luckily, at the time of writing at least, signs of flea beetle are minimal.

The dry conditions during this harvest have been great to help reduce compaction from harvest traffic, but it has caused – and will continue to cause – headaches for anyone hoping to get early flushes of blackgrass before drilling. There is no moisture to tempt anything to germinate.

The result could be a need for more delayed drilling, or the risk of increased levels of germination after drilling, depending on seed dormancy.

So far I have spent the first few days of September moving very slowly around the edges of fields, thanks to the ridiculous hedgecutting ban currently in place. Reduced oilseed rape areas and minimal grass reseeds around here means the early cutting derogation hasn’t been any use this year.

The result is that it has pushed everything that needs doing ahead of cultivators or drills to September, when things are already busy enough. I don’t hold out much hope of things changing anytime soon, but fingers crossed I’m wrong.

If you haven’t already looked at the NFU post-Brexit options consultation and given your response, it’s important that you do. There is no point complaining about future policies if you don’t put your opinions forward now.

We have a great opportunity to say what we think is needed from future domestic agricultural policy, so we had better make the most of it.

Matt Redman operates a farming and agricultural contracting business, specialising in crop spraying, Avadex application and direct drilling, in Bedfordshire. He also grows cereals on a small area of tenancy land and was Farm Sprayer Operator of the Year in 2014.