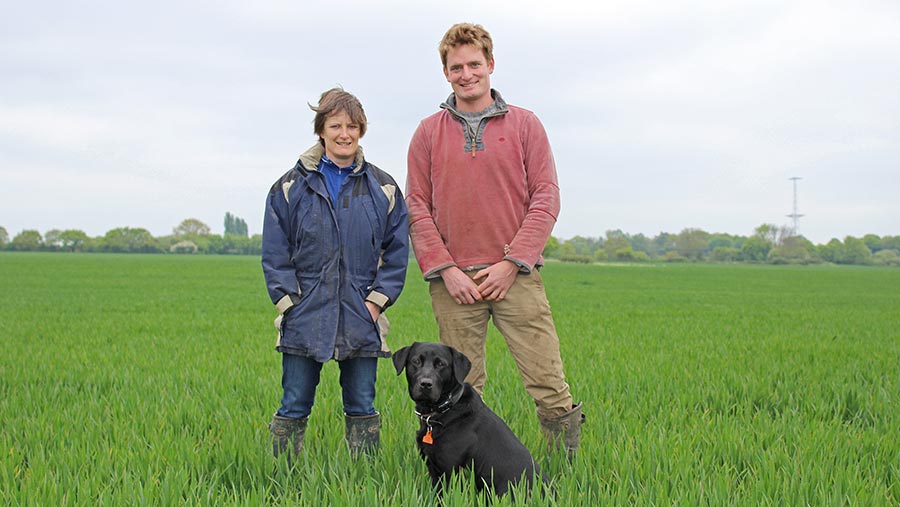 At exactly the same moment I opened the Defra document Health and Harmony: the future for food, farming and the environment in a Green Brexit on the office laptop, I heard the roar of our old JCB 360deg excavator from up the yard.

This meant two things: first, I had successfully installed the new router for faster broadband and second, (and if I’m being honest, more impressively) Hew had fixed the fuel problem on the digger. So Hew could carry on ditching and I could study Mr Gove’s handiwork.

Health and Harmony sounds like an introduction to some holistic therapies, a bit of aromatherapy or an Indian head massage perhaps. The sub title of the future for food farming and the environment in a Green Brexit says more.

I think it is a really well-written document, all 64 pages, and there are many eye-catching statements which I agree with.

There appears to be a real willingness to involve everyone in formulating a new British Agricultural Policy. We must not mess this up. Michael Gove will obviously take heed of anybody who wants to chip in, not just farmers.

Back outside, the opportunity for spring drilling seems far off with land drains running and a very unsettled weather pattern prevailing. We have taken the opportunity to plant more hedges, until things dry a little.

It is a steady job, but with a decent spade each and some good leather gloves Hew and I have added a few hundred metres of good wildlife habitat for the future.

This was not done as part of a stewardship scheme but it is highly likely we will be doing more such work through Countryside Stewardship (CS). We are soon coming to the end of our second five-year period in Entry Level Scheme. This followed a 10-year CS scheme.

I can honestly say that 20 years of such schemes has improved the beauty of the farm.

I think there is scope to take more poorly performing areas of the farm out of production but deciding where and how is the brain-taxing bit. Perhaps that’s where an Indian head massage would come in handy.