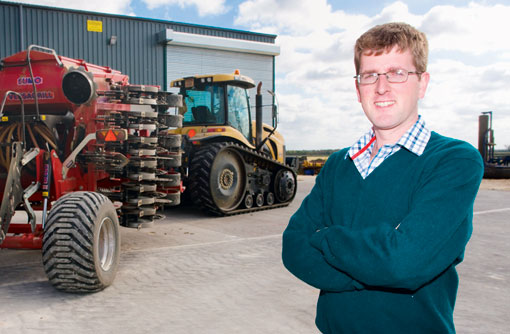 Upon hearing that the EU had voted to ban neonicotinoid seed treatments, and all the evidence on their impact on bees put forward by lobby groups was damning (although possibly inconclusive), I decided the only answer was to conduct my own experiment.

The method would be beyond reproach and the statistics produced would be valid. My aim was to prove the demise of the bee is not just agriculture’s fault, but the whole of society. The experiment was to take place on a sunny bank holiday Monday while travelling from Somerset to Lincolnshire. The method was simple; to listen to insects hitting the windscreen.

While driving across Salisbury Plain there was the frequent noise of an insect meets glass, around London and the Home Counties there was absolute silence, and then in Lincolnshire it was like a battery of anti-aircraft guns hunting for the Luftwaffe. The conclusion I would like to present to Herr Ciolos is that problem is contributed to by urban sprawl, not just the humble farmer who now has to take his place in the pecking order of world importance below the badger and the bee.

The colours in the countryside at this time of year are stunning. The dark green wheat, the bright yellow rape, the white of the hawthorn in the hedgerows and the pale green of the bentazone-pickled beans. In only one field is the dark green severely interrupted by the brown of blackgrass heads. This constitutes a success on this farm, but one I am still not happy with.

It is because of this and the need to delay drilling wheat until October that I am reluctantly selling my Sumo Versadrill (one careful owner, never been raced). A wider drill will be sought to allow quicker drilling in the tighter window I am enforcing on myself. The make and design of drill will be kept under wraps until the deal is complete, but there are a couple in the pipeline and they all share the ability to direct drill.

What are the odds on my next article being full of reports of blackgrass beating technology and chemicals from the Cereals event?

Read more from Will Howe