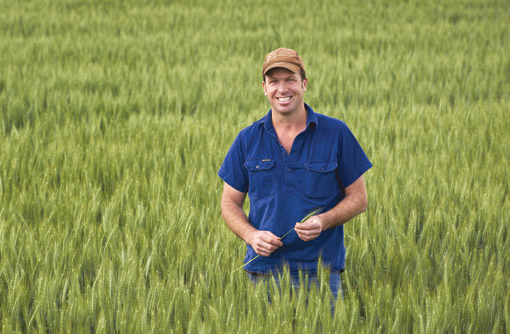 At what point do you stop spraying?

When I started farming 18 years ago there were a lot of things we didn’t have to do to grow a crop. One of them was endless spraying. With my first wheat crop, I sprayed a knock-down herbicide, planted it and then chucked on a bit of urea and bingo, a 4t/ha crop. If only it were that easy now.

I remember reading an article a few years ago on the amount of time the average housewife spent cooking and cleaning, compared with the 1950s. As it turns out, they spend more time cooking and cleaning now despite all the modern equipment. I think the same has happened in farming.

It makes me wonder if we are doing a lot of the things we do to grow a crop because we can rather than because we should. Modern equipment makes it possible to spray any time day and night, so we do, but if we didn’t have that equipment, what would be the result? I’m not sure it would be a lot different.

We are always raising the production bar, trying to grow higher-yielding crops with better this and better that. But have you ever wondered who’s benefiting from this? I’m not sure it’s the farmer or the consumer. The words “food security” get used a lot, not by farmers, but by those that sit on the outside of farming. From what I have witnessed around the world, production isn’t the problem, it’s distribution. Food security is now more about who owns the land rather than how much is grown.

A few years ago, a Nuffield scholar wrote a report entitled Dare to be average. In it he explained it was the average yield in the average year with the average costs and the average grain price that made the most profit. While it might not give you bragging rights down at the local, it might just give you a better quality of life.