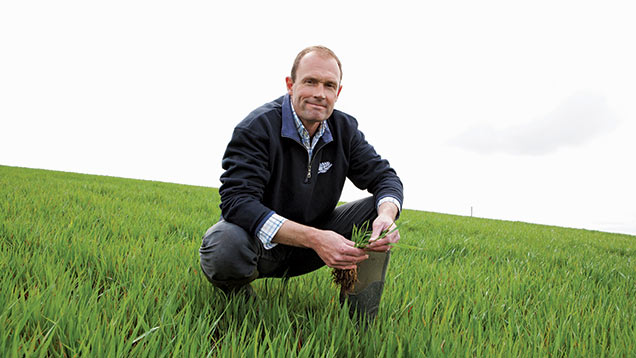 I recently spent two days at Rothamsted learning about weeds. There was an inevitable, but extremely useful, focus on blackgrass and it was interesting to see some of the work involved in a new BBSRC-funded project on the menace.

See also: Where has all the blackgrass gone?

Another blow was delivered by experiments looking at whether present day blackgrass populations might have become susceptible again to older chemistry they had not been exposed to for several years – no hope there I’m afraid.

However, one major positive was that the enhanced metabolism mechanism giving resistance to Atlantis is not leading to resistance to flufenacet, and this active is only losing efficacy at around 1% a year.

Resistance to fungicides was the subject of the recent FW survey. I’m afraid we have to assume that the already reduced activity of the triazoles, and/or their removal by the EU, will only serve to hasten the inevitable resistance to SDHIs and that there are no new actives coming any time soon.

The pressures of resistance and legislation may mean pesticides in general, while still essential, will form a smaller part of the equation than they have done.

So let’s redesign the system that produces our varieties. Currently the HGCA Recommended List fungicide protocol costs between £165/ha and £265/ha.

This is way more than my £105/ha, which in itself is far too much, but is the inevitable result of a system that is geared to produce high input/high output varieties.

This was fine for its time but is now heading for a crash. Please can the overhaul of the list include a huge emphasis on disease and pest resistance?

In addition, any new genetic, chemical or biological solution should be developed with robust anti-resistance strategies built in from the very start.