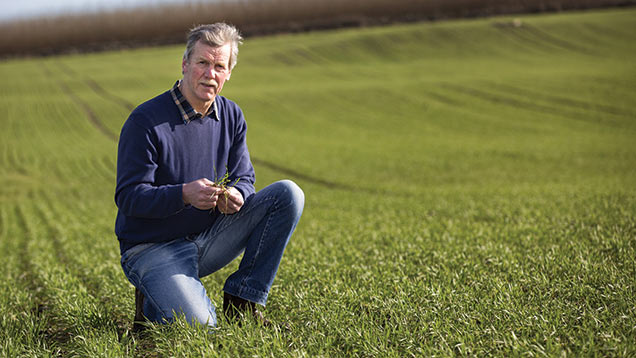 Winter barley and wheat are both looking promising, but only harvest will tell if my decisions to date will pay off.

Part of one wheat field though, is looking somewhat thin.

This is due to the drill deciding to experiment by halving the planned seed rate without telling the operator.

Luckily, it was only 2ha and it does prove that low seed rates in north-west Ireland in October just don’t work.

Along the top of the same field is a laneway where I discovered that some pathetic excuse for a human being had dumped his household rubbish.

He had partially set fire to it, presumably to conceal any evidence that might identify him, so I now have to clear up a loader bucketful of broken bottles, cans and half burned nappies.

I hope he has a miserable summer.

In another experiment, but planned this time, we established a field of Mascani winter oats by min-till.

“In my experience a far larger proportion of the general public need to show a lot more consideration to farmers’ land, crops and livestock.”
Robert Moore

Conditions at the time were good, but after rolling with a ring roller the weather broke and some lower areas of the field capped and consolidated, resulting in a somewhat uneven crop which is bound to affect yield.

I like the idea of min-till, but it is risky in this climate and needs to be used carefully on selected fields.

I had an enjoyable and informative visit to Cereals again this year.

A great event where many friends and contacts can be made and many ideas to take home and possibly put into practice.

One concern though, is the number of exhibitors expressing concerns at the cost of having a presence there.

With a number of large manufacturers already missing, I hope others are not “priced out” of what I feel is a most useful event for the arable industry.

Robert Moore farms on the Molenan Estate in Northern Ireland, where his family have farmed for more than 200 years. He switched to arable production in the late 1990s, away from beef and sheep. He still has a small suckler herd on non-suitable arable land