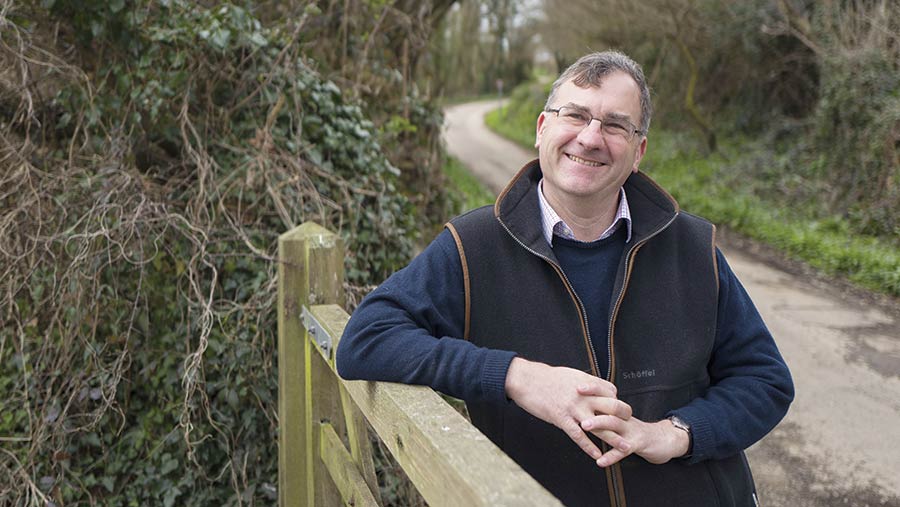 The Christmas and New Year period carried on in much the same way as the second half of 2017, with rain being the predominant feature.

Our rainfall total for 2017 was close to average, but it was “a game of two halves” in the far South West.

The spring and early summer were generally dry, but from late July right through the autumn we suffered from wet conditions.

The amounts have not been large – rather, it was the frequency that was the problem, topping up already wet soils.

Hopes for the year

The consequence was a protracted harvest and planting period, which has cost us in terms of time, money and appearances.

I should perhaps not be surprised that this happens. As one of my landowners frequently tells me, “nature will always right itself”.

Therefore my first wish for 2018 is: if we are going to have an average amount of rainfall, please can it be spread in the right amounts for each month. Can that be too much to ask?

We really can’t do much about when the rain falls. But like many, I would like to see some form of coherent policy for agriculture and food emerging during 2018.

My business works closely with food manufacturers and distributors in different areas and I continue to see downward price pressure.

My impression is that this is not happening just through oversupply, but also to maintain sufficient margin in order to survive.

We are never going to be immune to market forces; that is just part of being in business.

The concept that I find really frustrating is the one that says it is OK to allow our national self-sufficiency to continue to decline.

I’ve no doubt that it would be possible to import the bulk of our food needs in return for other trade, but without a doubt it will catch up with us at some point, as history has proved.

My second and much more fundamental wish for 2018, therefore, is that agriculture and the food industry as a whole are recognised as being strategically important to the nation.

Just give us a constructive, business-like environment that recognises the peculiarities of the industry in which to operate.