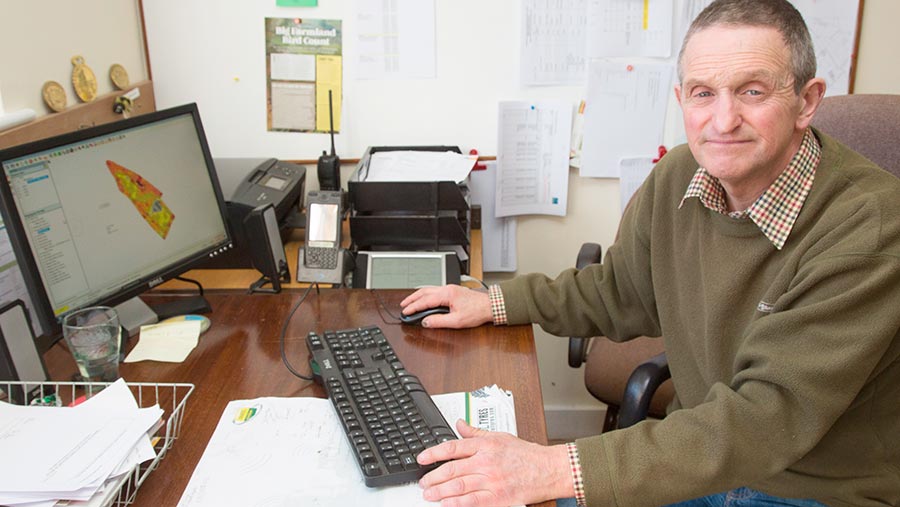 With the change in greening requirements for BPS next year, I have taken the opportunity to add a few more on-farm trials this autumn alongside the ones I had already planned.

My main interest is to continue with the variable rate theme I started on a few years ago.

My variable T0 fungicide and growth regulator trial has thrown up some interesting results and, as such, I have decided to take it further.

With a change of drill to one that can handle variable seed, this year I am going to try one field that has all the inputs, except herbicides, applied using variable rates.

So seed, fertiliser, growth regulators and fungicides will all be applied according to soil type and growth rates using historical data, soil mapping and satellite imagery.

Other trials already on the go are various seed mixes for cover crops, to find what is firstly economically viable and secondly still allows me to control blackgrass.

I also need to ensure they do not overburden us with masses of trash that then encourages slugs and delays spring drilling.

Clearly, some of this entails finding the optimum way to manage the crops as well as the best seed mixes.

A small area of companion cropping was tried with the rape establishment this autumn.

As supplied by the seed company, an area of our Clearfield rape was sown with a mustard mix.

It did seem to help with the flea beetles but the pressure this year was much lower.

I think the amount of mustard in the mix was too high and in a dry year the competition for moisture would see the rape disadvantaged. I will obviously follow this through the season and report back.

With drilling all completed, including the late drilled areas, I can now concentrate on crop walking and catching up with office tasks.

The fallout from the burglaries rumbles on. I have just received a bill from the police for the removal and storage of our stolen pickup.

I did not know that they had even found it. So much for victim support.