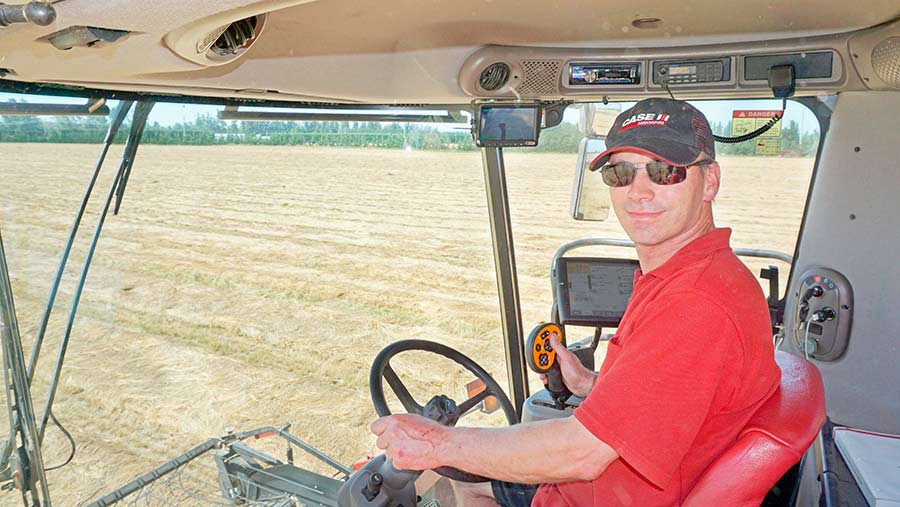 It seems the weather has become a feature of this column due to the absolute extremes we received in the last year.

The second half of last year’s harvest was extremely wet, followed by a record-breaking wet winter and then a complete a complete absence of rain during the spring growing period.

On several days in November temperatures exceeded 30C – six to seven degrees higher than what would be expected during flowering and grain fill.

Irrigated farms such as ours ran at full capacity to keep up with demand while dry-land farmers faced the growing reality of a disastrous harvest ahead.

Harvest is now in full swing with our crops coming in 10-14 days early. Traditionally, we don’t start here until very late January, where we had all the peas and most of the ryegrass done in January.

Our dry-land friends are virtually finished and could spend the next month waterskiing.

A crop coming in early is always an ominous sign. Peas, generally, have been the worst affected with yields about half of normal due to the plants shutting down flowering in the intense heat of November.

One of the process pea companies bypassed 45 fields in one week.

Ryegrass seed yields here seem to be holding up well but only due to us prioritising irrigation capacity on to those crops where dry-land guys might only dress one-third of their normal yield.

So far we haven’t done any cereals, but indications from others are worrying. Irrigated yields are 20% down and dryland yields are 50% down on expectations.

Here at Valetta, I’m hoping, that as we have held our wheats a little longer than others, we may still get a reasonable outcome.

Fortunately, demand from the dairy industry has seen our feed grains and straws meet with ready trade and firm pricing.

The outlook for our seed multiplication areas is grim, with a continuing malaise in the global seed trade.

In the last year the weather has beaten us with a pretty big stick, but as farmers we are the eternal optimists so it will soon be time to look forward to next year.