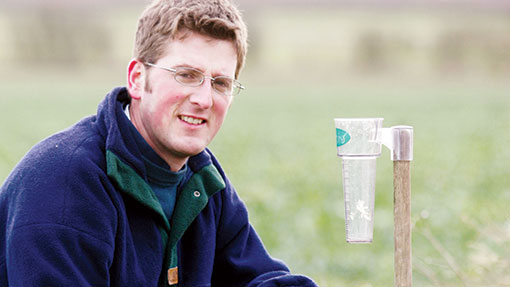 The best that can be said about this winter is that it allows me to indulge in two of my passions – obviously not counting the three Fs: family, friends and farming.

First is shooting and the second is the revamped A46. The traffic-free nature of the latter allows me to indulge in the former in the heartland of my, admittedly small, fan base.

From my days shooting in western Herefordshire, I get the impression I am somewhat of a farming icon for them. Think Gandhi to India, Martin Luther King to Alabama or Norman Wisdom to Albania. Upon my arrival, the chat immediately turns to farming. We discuss the rapidly expanding Herefordshire chicken industry. My hosts’ thoughts are about margin over feed, and I am thinking about Colonel Sander’s secret recipe; then the talk moves to blackgrass, and while I am having cold sweats over a resistant weed, my hosts are conjuring images of rained-on hay and wondering what the fuss is about.

I must confess my ego almost did a Kevin Pietersen a couple of years ago when asked by an adoring fan to sign the latest copy of this fine publication. A very touching moment despite the fan being six years old and having been egged on by some unscrupulous locals.

It was over dinner when one of the more genial (drunk) guests suggested the local market had missed a trick when being recently reopened by an agricultural celebrity, not to have asked me. When we got down to the nitty gritty of alleged appearance fees, I am now available for ceremonial duties anywhere in the country, and for that sort of money I will even supply the scissors and ribbon.

It is now that thoughts are turning to spring cropping and should I grow what the market allegedly wants – spring wheat – or shall I carry on the crusade against blackgrass and persevere with spring barley like everyone else? Neither is going to leave enough surplus to fritter away on shooting so I think the battle will continue. I just hope if this battle is won, the end of the war might be insight.

More from Will Howe

More from all our Arable Farmer Focus writers