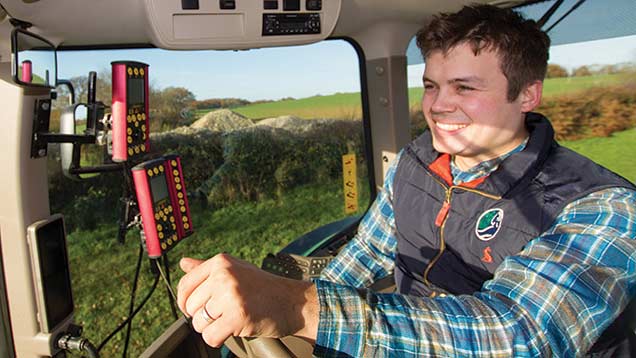 I went to Cereals having missed out last year and it seems to have grown, but that might just be the amount of times I walked around.

Food on offer was excellent with a hog roast and strawberries from Frontier, pizza from Dow Agrosciences and flapjacks from GB Seeds. It was a culinary treat.

Food aside, the day was educational after initially thinking: “What? I have to actively learn to get Basis points?” I enjoyed the new way of earning points and going round and answering questions. Slurry identification at the Adas stand was probably the most taxing and I definitely learned more than just reading a brochure.

I took away two key themes. Crop production from a fundamental viewpoint was high on everyone’s list with rotation, establishment technique and cover crops all playing a big part. There were also many more “niche” crops on display, especially as the site had poppies next to it.

The next theme was precision management, from using drones and cameras to produce blackgrass maps and grain store systems using wireless probes to monitor grain temperatures. There is literally a precise way to measure and record everything you do on farm. What did strike me was that precision technology needs a man in boots to go and look at it.

Cereals is when I finalise wheat variety choice and what rotation we’ll end up with next year. I say rotation as we’ve got a rough plan, but many factors have played against oilseed rape this year, and wheat if I’m honest. Price being the biggest consideration for these two high input combinable crops. I can grow Group 3s well and have plenty of local ports to sell them through, but I was tempted to try Group 2 Lili.

However, for storage ease we’ll be sticking with Group 3s, reducing the area of Claire and trying Britannia. This will be partnered by soft Group 4s Horatio and Alchemy, which have both performed well on farm this year.

Oilseed rape has been dropped entirely and replaced with winter beans and on two areas wheat has been dropped in favour of winter naked oats. With an attractive premium over feed wheat and much lower growing costs, as well as probably being the earliest crop I harvest next year, it is a no brainer for me. Unconventional I know, but good business decision.