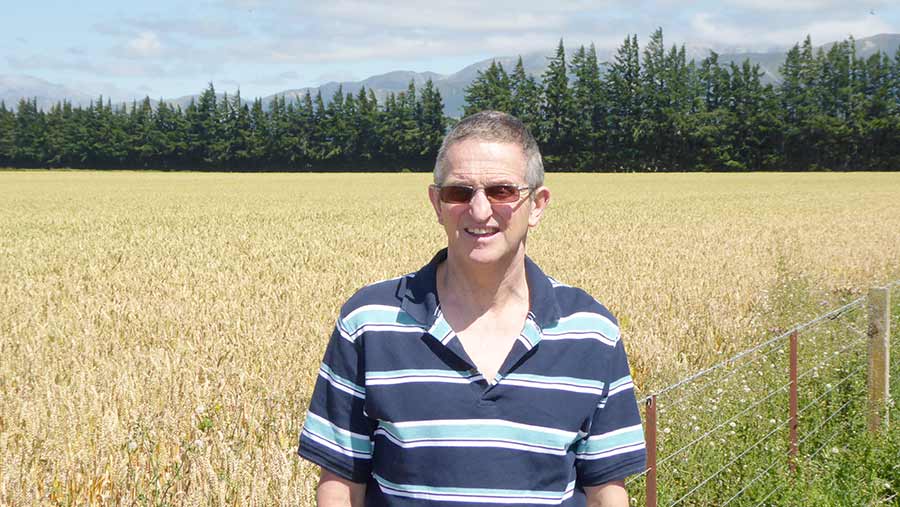 Dear all, we are having an amazing time, weather so far is brilliant and the locals are friendly. What more could you want?

We’ve done lots of walking with breathtaking scenery and even been wild swimming.

The temperature has been above 30C although just 11C in the water.

See also: Cereals 2017 video: Wheat yield record-holders tell us how they did it

It was really strange swimming with snow on the mountains above us, but we are having some great experiences, which is what New Zealand is all about.

At the time of writing we are about halfway through our tour of the South Island.

We have stayed with several livestock farmers so have had a really good update on the livestock situation.

We are also hoping to stay with an arable farmer when we travel up to the North Island later this month.

On arrival at the South Island it was quite a shock to see how dry it was after several months with little or no rain.

We travelled across the Canterbury Plain and through most of the Otago region and conditions were much the same.

They expect to have low rainfall at this time of year but this is on the exceptional side.

The giant pivot irrigators have a huge impact where they are used, which is mostly on grass for large dairy herds.

These systems are growing in number and are also used for cropping and grazing for fattening lambs.

The water comes from three sources – boreholes, rivers and miner’s rights. The latter is snow melt off the mountains.

The farms unlucky enough not to have irrigation were in some places completely devoid of any growth at all.

Rabbits are endemic in parts and we visited places where they had pretty much eaten everything.

Other problems related to environmental issues are now being pursued much more vigorously, particularly water pollution, with dairy farmers now being required to fence all waterways.

Farming is a challenging industry the world over and there are so many issues that we share.