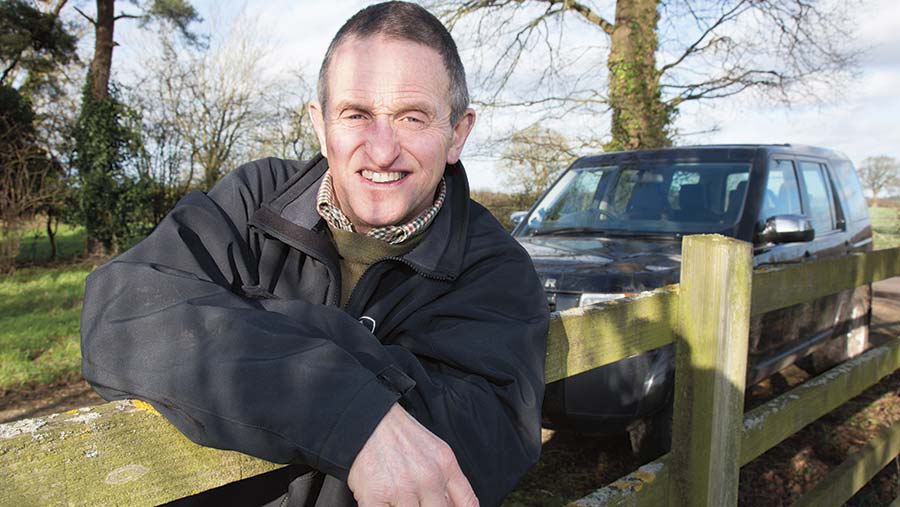 I must be on plan Z by now, having used most of the rest of the alphabet with changes to plan A.

I have always tried to farm by what I see in front of me rather than what date it is. This year the calendar has become a complete irrelevance, with each month’s weather more like that of the previous month in a normal year.

Maybe it’s because I had a month of summer in January when I was in New Zealand.

I took the decision to look after the crops that were in the ground in the few dry days we had.

Too late for beans

So rather than mauling spring seed in, we concentrated on fertiliser for the cereals and rape. As a consequence, spring drilling started on 19 April, by which time the home-saved seed for beans had been sent off on a lorry.

On our drought-prone soils, with an average annual rainfall of only 650mm, the beans would not be a viable option. In fact, they are unlikely to figure in the rotation in the future.

In terms of nutrition for the winter crops, a little-and-often approach has been adopted this time using variable rates to manage the differences in growth.

I also varied the green bud fungicide application of tebuconazole on the rape. This was to manipulate the canopy on the thicker patches that the pigeons had left and not overregulate growth on the grazed areas, while still having enough fungicide to control light leaf spot.

One field of winter linseed that had been eaten down to the ground by pigeons has made a remarkable recovery, although it is still a long way behind the rest of the acreage. It’s been a grim winter – thank goodness for some warm sunshine at last.