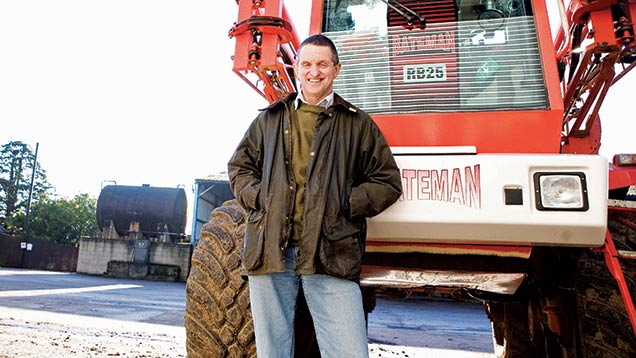 The problem with a late spring is that at some point the crops are going to catch up by moving quickly through their growth stages.

So the last month has been even busier than normal and I seem to have spent far too long on the sprayer to the detriment of the rest of my work.

Paper work piles up in the office, crop walking ends up being done from the tractor seat and none of the jobs my wife has planned for me get done.

Still, we are all up to date now and as I write this we are about to apply the flag leaf spray and make one last dash through the milling wheat with nitrogen fertiliser.

After a dry April the rain came along to save some of the crops, in particular the winter barley which was suffering on some of the gravels.

The spring cereals are looking well and the spring beans, after a slow start due to the cold weather and the attentions of weevils, are now moving forward.

The winter cereals all appear quite clean, but I am glad I went with a fairly robust T1 using an SDHI, as the weather broke following the application.

I don’t seem to have been quite so successful with the weeds though. A dry, cold April hindered both germination and control of both broad-leaved and grassweeds in all the crops.

I don’t think we will bother with the six-hour round trip to Cereals this year and maybe go next year if it comes back south again. I feel the event has got too big and our time can be better spent on smaller targeted ways of updating both myself and the staff.

Well, David Cameron defied all the pundits to sweep to victory with a majority government. On balance, I quite liked the coalition as it evened out any extreme decisions.

My worry now, with a slim majority, is that the backbenchers will wield too much power and I expect to see trouble ahead, particularly over the thorny issue of our EU membership.