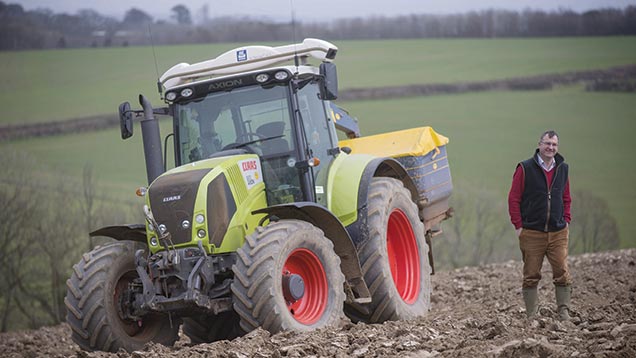 It is pretty dry here in our part of Cornwall. During the first six months of the year we only received 80% of our average rainfall.

Regular rainfall through the summer period, although frustrating, doesn’t usually do us too much harm as it improves the potato and other root crop yields.

A wet autumn, on the other hand, is a complete nuisance as it really interferes with crop harvesting and autumn planting.

Our home farm is in a rain shadow and this is particularly apparent in the potato fields which we cannot irrigate.

In general, the potatoes have produced a high number of tubers. Water, either through irrigation or from rainfall, is going to be crucial to achieve the size and yield potential.

I have added to our collection of aluminium irrigation pipes, so at least we can now lay out and leave them there for the season on both the potatoes and onions.

Usually I would have started lifting potatoes in early July, but with a significant carryover from last year keeping well in store, there has been no rush.

The late start of new-crop sales has proved evident during June, with a large number of enquiries for old-crop. Unfortunately the prices achievable for our surplus have been fairly unexciting, but at least it has been moving.

Our off-lying farms have received differing amounts of rainfall, evident in the state of the crops.

Somewhat annoyingly, one farm that is due a rent review and generally suffers in dry conditions seems to have caught all the showers and is looking rather well this year, which may not help my case.

This farm is in a mixed livestock and cropping rotation with access to plenty of livestock manure, which demonstrates the value in a dry time.

The combine is getting going, with the Maris Otter malting barley being the first to cut. Feed barley, oilseed rape and the oats are following up close behind.