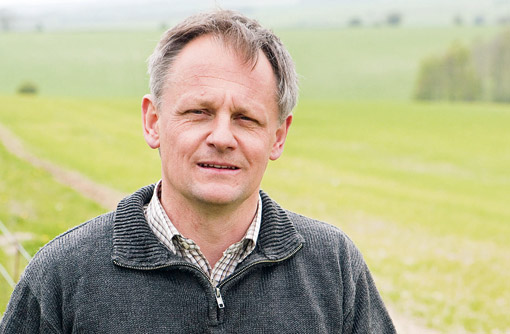 As springs go, until recently this one hasn’t been much fun. In addition to the cold start, we got hammered with not one, but two big blows when the scene turned into something resembling a desert sand storm, damaging the fragile, newly emerging sugar beet beyond repair.

Re-sowing in mid-May has been a futile attempt to establish any form of a crop and, as a result, we have now budgeted our yields down by 25%, so an awful lot of cash has disappeared off the bottom line. At least now the bank manager has read this, it will save too much deep swallowing before he comes visiting.

Equally, now that the price has been announced for the 2014/2015 sugar beet season, and us growers have made our protests about it not being enough, British Sugar will understand one of the reasons why.

As long as we get a bit of rain in the next couple of weeks, cereals will give us a good average yield.

Thankfully, we managed to key into some of those better forward prices of a few months ago.

The biggest difficulty I am having is estimating what on earth the oilseed rape will yield. I suspect not a lot, but I hope to be proven wrong.

Irrigated root crops are now flying and the water in the reservoir is dropping fast.

Well done to Matthew and his gang for keeping 14 irrigation reels on the move 24 hours a day – it’s not an easy job, but no doubt it’s character building. Well that’s what I tell them.

I enjoyed going to one or two very good agricultural events over the last month and they all made considerable effort to ensure both farmers and the general public were not only informed but entertained – something we should all take part in.

On the point of education, will the next month bring us more clarity on CAP reform or will we still be working in the dark as the summer draws on?

Some of the recent meetings on the future of the Rural Development Programme stewardship have really been frustrating. Thinking of a solution, even when you don’t know the real issue, does smack of a complete waste of time.