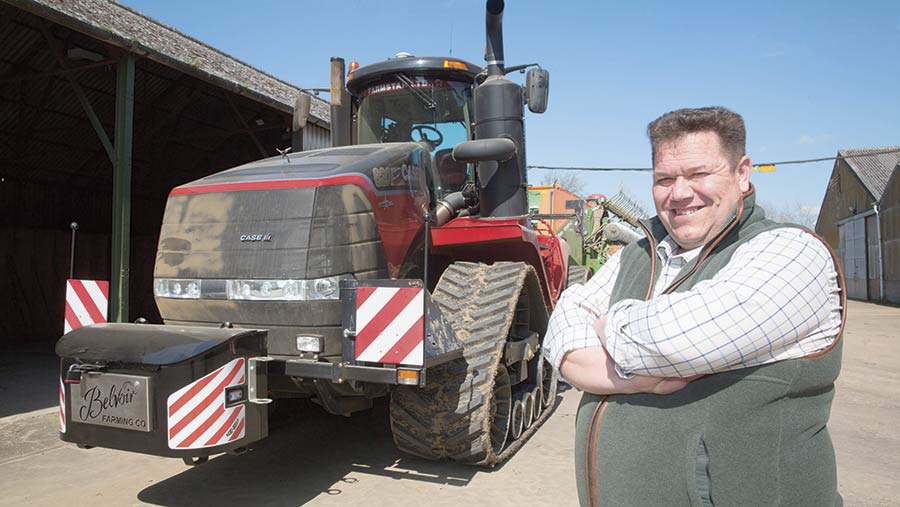 This time last year I reported the farm went from being too wet, to too dry, and then too cold – and it is the same again this year.

I also reported that the min-tilled land travelled far better than the ploughed for spring drilling, and guess what – same again this year. When will I learn?

The last block of spring drilling was on some of our heaviest land. The hot weather baked the top out, preventing the disc drill from penetrating, so some gentle cultivation was required.

Bearing in mind this is also some of our worst land for blackgrass and the date was 25 April, we decided not to cultivate or drill.

Instead a catch crop will be used to help condition the soil over the next few months and recover some structure lost during the 71mm of rain over the Easter week.

Finally, spraying and top-dressing is up to date and winter crops look well other than the remnants of the odd puddle.

Some areas of rape look OK, but I suspect will suffer a yield reduction again from waterlogging.

The crop that looks to have benefitted the most from the recent rains are our freshly planted elders, with a 99% winter survival rate – probably the best we’ve ever had for new plantings.

The late snow and frost has held established elders back and flower picking is likely to be a couple of weeks behind.

I’ve mentioned our new fox red Labrador puppy Barley, and how she is far brighter than any black lab I’ve had in the past.

I have now upped Barley’s training program and it is not going well. Each time we try dummy retrieval, once she has done it a couple of times she just sits there, looking at me as if to say: “You fetch the blooming thing.” Which of course, I do in the end.