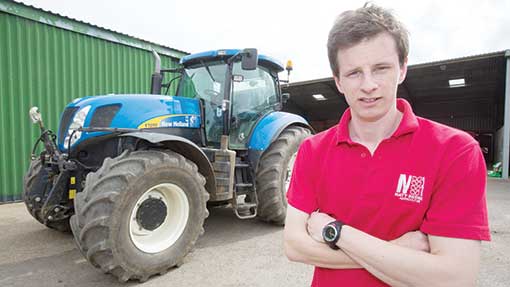 This year is the centenary of the beginning of World War One. Although there is a very different challenge in Europe now, there are some similarities in how the agricultural industry should face some of its EU problems – although I’m not suggesting invading and digging trenches around Brussels.

During WWI farmworkers and landowners headed over to France and Belgium to fight for their country. They battled mud and barbed wire – similar to fencing during last winter, were kept awake by constant bombardment – like your neighbour chasing pigeons 24/7 – and they lived day by day not knowing the plans coming from the generals sat miles away at HQ. Sounds familiar so far, doesn’t it?

Except they weren’t fencing, couldn’t go home at night and the bombardment wasn’t Germans scaring pigeons. The unknown plans also carried a high possibility of being killed rather than just inconvenienced.

Faced with machine guns and artillery, they didn’t start arguing amongst themselves that the plan favoured some more than others; instead they stood shoulder to shoulder and got on with what was asked of them.

While we’re anxiously waiting for CAP news, it won’t help anyone to moan that certain rules will disadvantage some more than others, or how bad some rules will be. Yes, we urgently need to know the details so we can plan. We also need everyone, large or small, dairy or arable, to stand shoulder to shoulder and do what is asked without thinking someone is getting a better deal than the other.

Targeting every issue at once brings lots of problems: stretched resources, poor planning and communication breakdown, much like the opening day of the Battle of the Somme. Similar to then, it’s those on the ground that suffer – us. The NFU works hard on our behalf, but has to deal with some pretty stubborn and distant government and EU departments. Doing our best to implement what’s required will get us further than just throwing our hands in the air and complaining the plans are unfair.

I’m not saying the challenges we face are anything like WWI – far from it. Although the detail of the new CAP might mean drastic changes, they are just that, changes. They aren’t life or death situations like our predecessors faced 100 years ago and I think we should remember that.