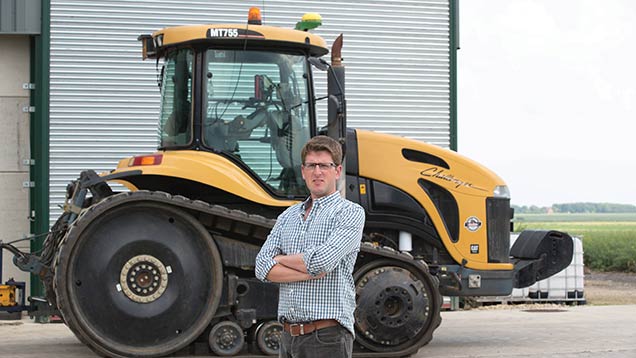 It has finally happened and I never even saw it coming. I just assumed the greying of my chest hair was a sign that I was becoming more distinguished; a silver fox to the ladies, if you will.

Alas no. I am getting old. This was confirmed while demoing a trendy direct drill recently that had all its functions sent through the tractor controls via ISO something-or-other.

This was explained to me by a kindly salesman as being a good thing – well, what a load of bullocks!

It might certainly be an ag engineering student’s dream, but to the man covered in early November mud, conscientiously delaying his drilling to keep his agronomist onside, it would be nice to alter the hydraulic flow from the tractor while seeing what effect this has on the fan speed without having to continually change screens.

I appreciate the idea – it will save the manufacturers a few buttons, a screen and a cut-out switch – but when the modern carbon-neutral, fuel-producing tractor gets the inevitable virus, constructed by a bitter ex-stockbroking Chinese cyber-hacker who now has nothing better to do, the house of cards will come tumbling down when the old tractor in the shed, kept especially for this moment, can’t pull the drill because it is not ISO-whatsit.

That said, the Seedhawk has been establishing the crops really well, with the odd exception where the residue management leaves a little to be desired.

Having read and digested the combine’s operating manual to try to improve both the chop and spread of cereal straw, I found a very helpful video on YouTube that has given me lots of ideas. Perhaps technology is not all bad.

As we are now in the middle of October I am getting itchy feet about finally drilling a cash crop.

The seed has arrived and I am avidly collecting weather apps (more technology) to try to keep me informed on the changing weather.

My start date was supposed to be 10 October, but if all looks settled on the charts, I am inclined to push that date back further.