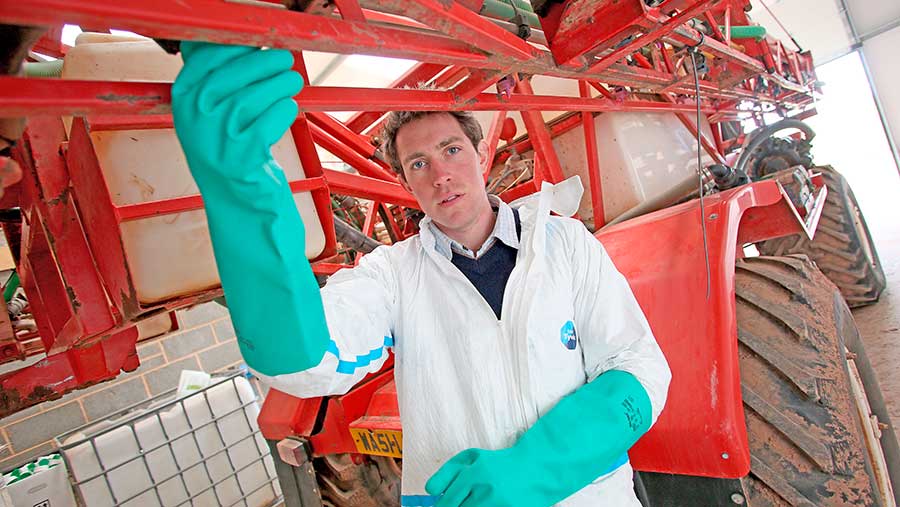 With all but 25ha (62 acres) of winter beans left to drill, autumn drilling is all but complete.

After lessons learnt from last year and rushing to get cereals drilled, patience has paid off this year with seed-bed conditions being a lot better.

Everything has just about emerged now and after 25mm of rain in the middle of October the pre-emergence herbicides should work a treat.

Slug watch is ongoing and although there is evidence of their activity the damage is not excessive so only heavier soil type areas are being treated.

One area where I did not expect to see as much slug activity as I have is after spring oats, which may be down to the late harvest and the large amounts of chopped straw.

The continued settled weather has also allowed us to carry out some grassland subsoiling, of which we did a lot last autumn. This seems to have made a huge difference to the performance of some of our old pastures. The evidence of new root growth is quite incredible.

Grass is still plentiful and both sheep and cattle look in good condition (probably too good). While conditions are like they are, they will continue to stay out.

We are on the lookout for some Lleyn ewe lambs to run round that we could put an Aberfield tup on next year to breed some maternal replacements.

This is in light of Brexit and the potential that our current early indoor lambing system may not be viable post leaving the EU. But, who knows, it could give us some options before we are forced into making changes.

Sadly, last week at Lower Hope we were all devastated by the sudden passing of our dear colleague and great friend Mark Davies at the age of just 43. Mark was an invaluable and very loyal member of my team.

Mark’s humour and quick wit was infectious and kept us all going, particularly through the stresses and strains of a long harvest.

His ability to embrace new techniques and technology was a breath of fresh air. He will be sorely missed, not only by us but throughout the wider community of Herefordshire. Our hearts and prayers go out to all of Mark’s family and friends.