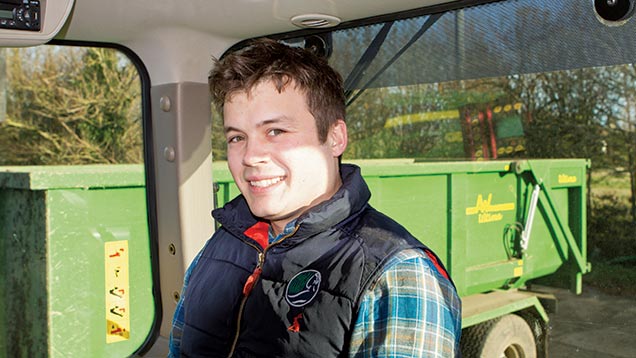 This time of year tends to be set aside for maintenance, workshop tidying and occasional grain lorry loading.

Read more from our other Farmer Focus writers

I have a number of New Year’s resolutions, which will no doubt wither within a few weeks of 2015, but here’s my list.

This is also a time for looking into new ideas such as no-till or direct drilling systems to improve soil health.

Now, I’m young in farming terms and take to change fairly easily, but I still turned to the plough last year to establish some beans. The idea of cover cropping and then drilling into a standing crop doesn’t seem possible when current drills struggle with uneven trash.

Direct drilling is almost in the bracket of organic farming. Some think the whole idea is moisture retention and soil erosion reduction, which are much bigger problems worldwide, but we in the UK sit in a nice bubble of low erosion and decent rainfall.

However, when you look at last year’s winter rainfall causing widespread flooding and a call for mass ditch dredging, you wonder why the dredging needs to take place. Well, it seems reasonable to say that’s soil erosion.

You also wonder why the water is causing flooding. That is down to surface run-off, which is exacerbated by tarmac I’ll admit, but also off fields that haven’t got the water infiltration ability they would have if no-till agriculture was used.

I think we have got to be asking what are we doing to our soils and how far can we keep pushing them as we currently are. This is where I’ll spend most of my “research” time this winter.