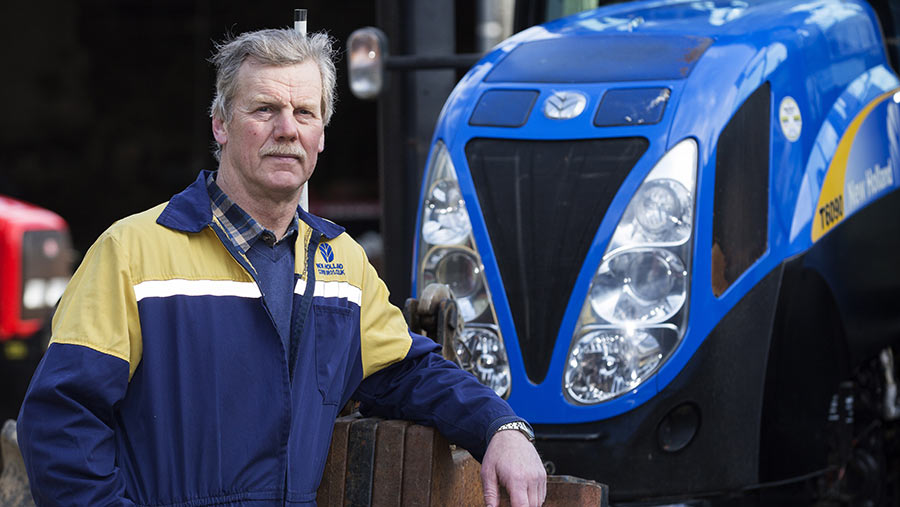 Spring has officially arrived, but with not much improvement in the weather here.

The ground is still quite wet and we have had very few opportunities to get on to the land – even to lift some stones.

I am itching to get on with applying some still overly expensive fertiliser and get some spraying done, but I guess I will just have to be patient.

The forecast is improving, so hopefully it will be all systems go shortly. All the winter cereals are looking remarkably well, having benefited from good establishment in the autumn, but oilseed rape has suffered very badly from pigeon damage.

Various efforts have been made to deter them, but they are very determined as ours is the only field of rape in the immediate area. There are also plenty of trees.

The same thing happened some years ago, but the crop made a remarkable recovery, so I am hoping it will be repeated this year.

Another frustration was going out to the yard recently to discover we had had some unwelcome visitors during the night.

My workshop had been broken into, despite a strong door and lock, and about £2,700 worth of tools stolen. They took a welder, chainsaw, socket sets and so on – anything easy to carry and presumably resell.

This is very annoying and a real nuisance as we approach a busy time. The police were responsive and helpful, but the reality is that it is unlikely the scumbags will be caught unless the police get a lucky break.

It also means more expense in trying to make our yard more secure and prevent similar incidents in future.

We have been fortunate up to now, but rural crime is on the increase and difficult to combat given the isolation of some properties and the practical difficulties of securing farmyards effectively.

However, I was cheered up the following weekend by watching Ireland beat Italy by a large margin. Congratulations to Scotland for eventually triumphing over France in an exciting match.

I suppose it would be sporting to congratulate England for coming out on top – but only just!