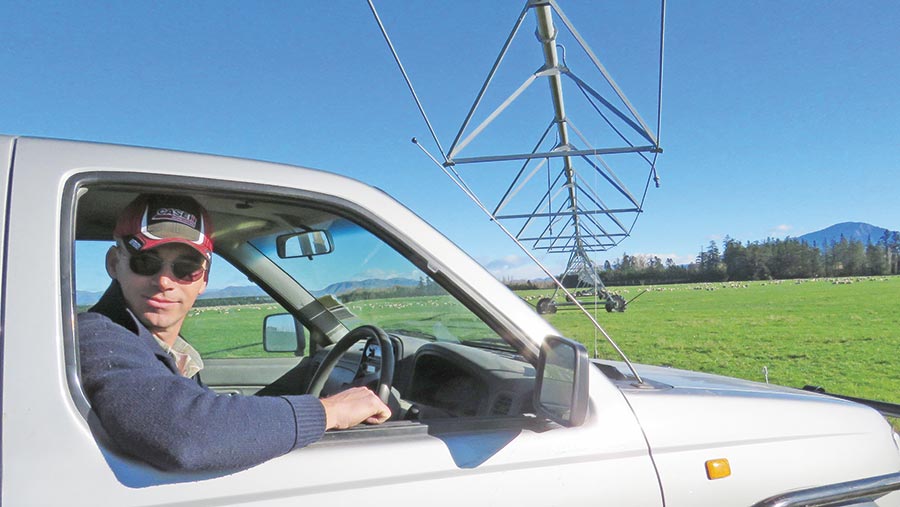 Looking back, 2017 has been a year of volatility and extremes.

What was shaping up as an excellent harvest was significantly damaged in both yield and quality by unprecedented rains.

Rain started mid-February and continued unabated through winter until the tap was not just turned off, but the handle thrown away in early October.

The driest eight-week period ever recorded in Canterbury followed, with just 12mm falling here in land and coastal Christchurch seeing no rain for 46 days.

Thankfully, 71mm of rain in December will see our irrigation system easily get us to harvest but, sadly, the non-irrigated areas of Canterbury largely missed these rains and are in a perilous state.

Much of New Zealand is dry, which has largely removed the normal movement of available feed and surplus stock between dry and wetter areas.

Supplementary feed has had to be trucked from Valetta to the very north of the North Island, to the south-western corner of the South Island and various localities in between.

In my mind the situation has been made worse by the growing division between rural and urban, a toxic hatred in some forums.

When I was growing up and setting my sights on a lifetime in agriculture, I was incredibly proud of the farming of land and the growing of safe, sustainable and nutritious food for our population, and I still am.

But we have just been through an election campaign and anti-farmer sentiment was played hard and fast for political advantage.

I’m beginning to wonder whether some of this is being propagated and sponsored in the shadows by those with an interest in the commercial success of synthetic proteins.

The misinformation and scaremongering being dished up with vitriol, nastiness and ignorance to further the agendas of NGOs and left-wing political movements doesn’t give one much enthusiasm to battle the trials that growing crops and rearing livestock throws at a farmer.

Tragically, we lost six farmers in just over a week in December to suicide. The anti-farming crusade is a risk to farmer wellbeing.

How is it that our occupation of working with nature to grow healthy food is now seen by many as a villainous act?

My wish for the New Year is that farmers across the globe, together, find ways to bridge the divide between grower and consumer.

From my family to yours, I hope you had a Merry Christmas and wish you a Happy New Year.