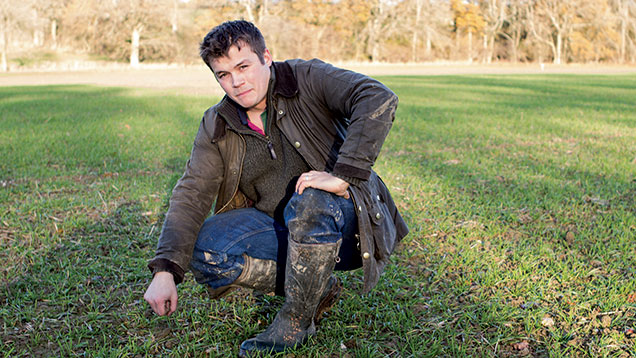 Well that’s the end of another hectic season with the last of the beans being drilled on 4 November. I’m aware other arable farms will run longer seasons but it is nice to hit this slower work period in the combinable crop rotation.

There have definitely been some successes and failures through the year, but I think we all have those. The new cultivator is already making a noticeable difference on the ground’s drainage ability, peas have yielded fantastically, and we’ve controlled wheat inputs and had no major cock-ups in the first season.

Failures can be blamed on the weather among other things, but not getting the oilseed rape in before it rained on the bank holiday Monday in August is high on that list.

The blackgrass war is only just starting with rotation changes and other methods in the pipeline to be planned over winter. The battle in this year’s wheat and oilseed rape crop is being lost.

Delayed drilling on the worst bits has helped, however there is still Atlantis and Unite in the chemical store ready to be sprayed in a hurry if the weather will let me have a go. Wind and rain plus expensive blackgrass sprays are not a pleasant mix.

“The blackgrass war is only just starting with rotation changes and other methods in the pipeline to be planned over winter. The battle in this year’s wheat and oilseed rape crop is being lost.”
Rob Nightingale

I may spray some in the spring as, although plants are small and easier to kill at the moment; in my mind, unless there is a good day to spray, why should I spray very expensive chemicals on dewy weeds in a howling gale?

I’m sure many farmers will admit that what constitutes “good conditions” is a little blurred, but with the amount of money these sprays cost I think the conditions they will work in is more important than the date in some instances.

That brings me nicely to the banning of pesticides. With a number of high-profile sprays being targeted again I don’t think we can come out of the EU quick enough.

Having said that though, we are considered a European market by all the big chemical companies and they are unlikely to change the sprays we can get even if the UK is not in the EU – so I definitely would not vote against Europe on that basis alone.