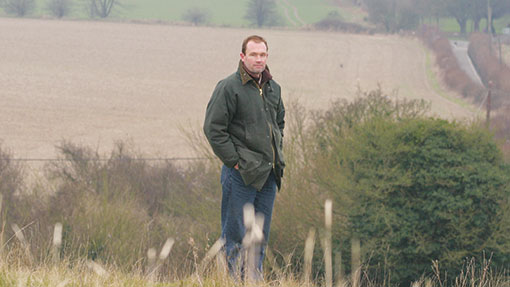 Locally the increase in ploughing and delayed drilling is quite noticeable this year.

We left a little of the latter to do and typically it didn’t dry up until half-term holiday week but we managed to sneak it in before going away, and a week later, much to my surprise, it is just poking through here and there which shows how warm it still is.

We did manage to spray off two lots of blackgrass before planting but not as much appeared as I had expected, so is it still there and about to grow or has a lot been eaten?

In the dry weather, a lot more did chit where we cultivated to 5cm and rolled twice. I’ve also experimented with a 500 seeds/sq m drilling rate for competition purposes but only on a few hectares given the expense. With a bit of luck it will take the blackgrass down with it when it falls over.

We’ve recently turned out some sheep in to the largest of the cover crops, and the early harvest, August rain and recent warmth have been so good for growth that it has difficult to spot them, with only the occasional bemused woolly face peering through some linseed flowers giving away their presence.

They’d better get on with some serious organic matter conversion quick as there’s no way my drill is going to cope with that lot in the spring.

To my incredible annoyance I have had just had to reply to a Natural England letter about my post-2012 ELS scheme to say I will be pulling out as I simply can’t afford to keep it going at 20% of its original value.

It would not be used for greening, and therefore double funding, as I have enough beans and cover crops to hit the greening target many times over.

I shall have to plough it up and instead of “greening” my farm these rules will lead to “browning”. With this, the three crop madness and a recent demand for a £1.7bn payment I can only assume the EU is trying to get us to leave.