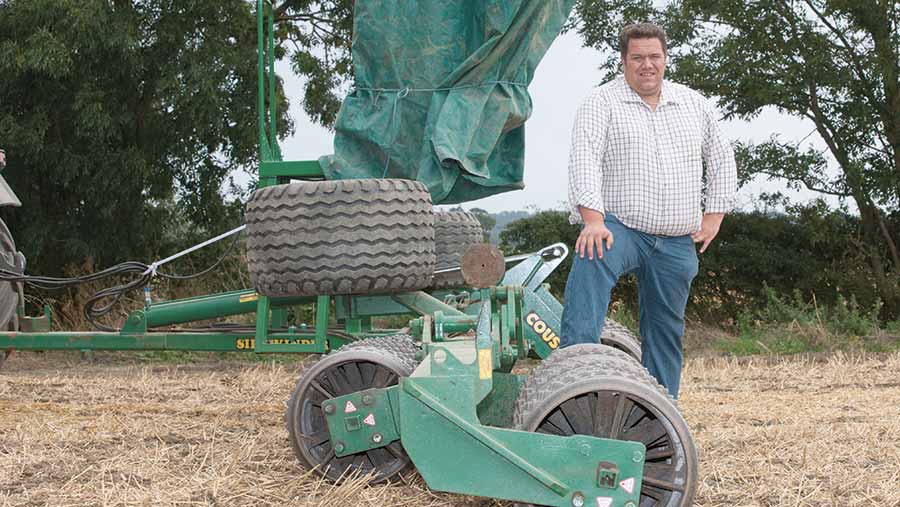 I have to admit to feeling a little jaded writing this month’s entry, I’ve just returned from a four-day trip to the Agritechnica show in Hanover, Germany.

A night on the town I can manage but several followed by countless miles of walking round the show for days made me begin to feel my age.

As usual the show was fantastic, you would struggle to find a greater machinery show on earth.

German organisational skills are brilliant, motorways to the exhibition were all made one way, and literally hundreds of thousands of people descended on the show with minimal disruption and virtually no queuing to get in.

You couldn’t help but be dazzled by the sheer size of some of the machines on offer. I also couldn’t help but feel we are falling behind with UK legislation as some Scandinavian countries have massively higher gross vehicle weights allowing the use of huge trailers and tankers giving them greater transport efficiencies. Europe certainly isn’t a level playing field.

Waiting for temperatures to drop

After a few weeks of number crunching the decision has been made to swap the combine. Our previous Case Axial-Flow gave us five years of trouble-free harvesting so we’ve decided to have another.

Other brands were looked at and were very good, but in the end Farmstar, our Case dealer, put together the best deal with a good support package.

The farm is looking well and blackgrass is at its lowest population so far for years.

Follow-up herbicides have been applied to winter wheat, and we are just waiting for soil temperatures to drop to get some Kerb on some oilseed rape then the sprayer can be put to bed for the winter.

I had the bright idea I would do a little more winter ploughing after the success of a block we did earlier in October.

Probably not my wisest decision. I thought we would try some heavier soil, but the plan has now been abandoned before we damage our structure beyond all repair.

Note to self: if we are going to plough heavy land, do it in September.