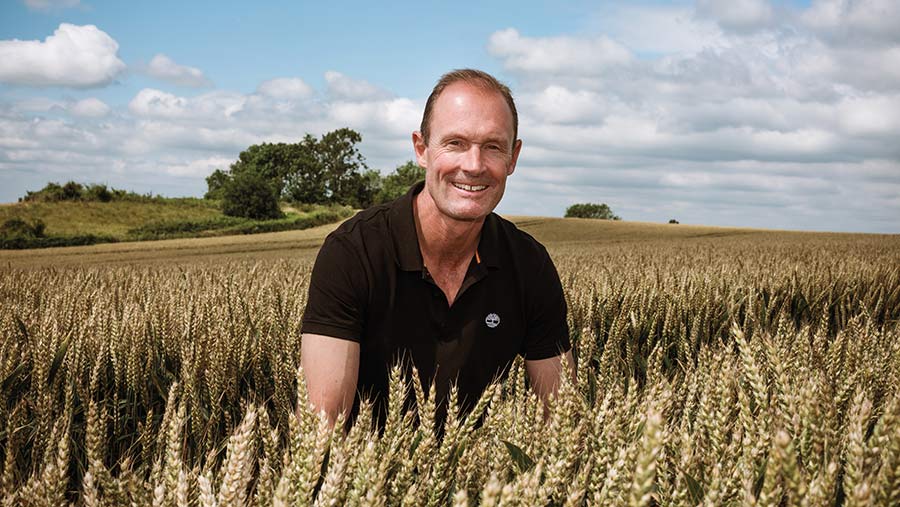 We started harvest with the BYDV-tolerant barley blend of Amistar and Rafaela.

Yield-wise it wasn’t brilliant, but it wasn’t a disaster, although it did struggle with specific weight, and I do think it needs planting quite thick to get the best out of it.

My guess is that I have paid for sticking to my principles of not spraying cereals with insecticides that kill all the beneficials as well, and I hope the new BYDV-tolerant variety coming through will perform up with the best.

Perhaps when the insects take over the world they will treat me well.

We’ve just combined some oilseed rape and are now keen to plant some more, which would be a month earlier than we used to be successful with.

Two years ago, planting early – although avoiding the adult flea beetle problem – lead to debilitating levels of larvae in the stems, but last year it seemed to be the better option.

I did try some turnip rape as a trap crop in a 6m strip around the rapeseed, but to be honest I don’t think it was enough to have any beneficial effect.

However, I will try keeping small-sized oilseed rape volunteers in a neighbouring field this season and see if that helps at all. There were not huge numbers of beetles in the grain trailers, so fingers crossed.

I’m a sucker for trying new stuff, and sometimes it even works.

This year, I’m going to give a recycled fertiliser known as Crystal Green a go in the row with the oilseed rape seed.

I would dearly love to have most of my inputs to be renewable, rather than mined out the ground or fixed using energy from fossil fuels, but I’m not doing as well as I would like.

I did attend a webinar earlier this year that included new technologies that might lead to on-farm production of nitrogen fertiliser using renewable energy but, tantalisingly, it’s not quite there yet.