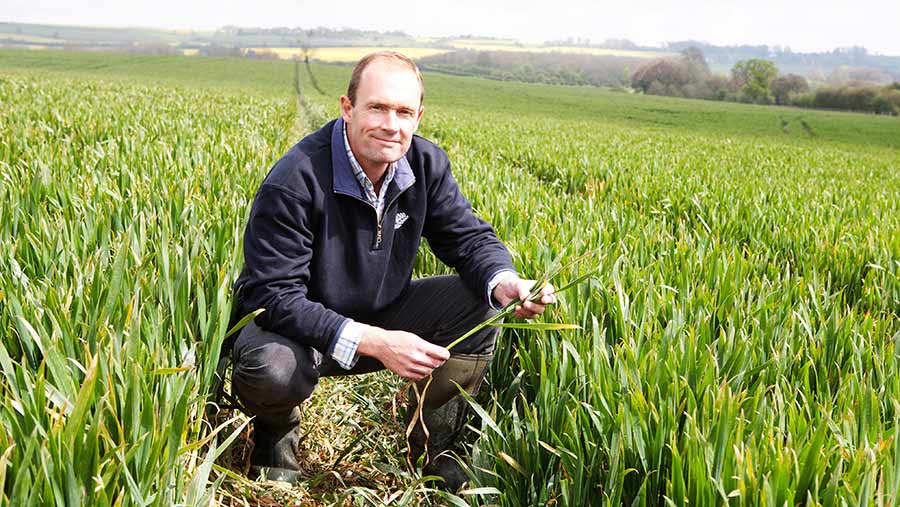 I am facing a moral quandary. Like a lot of us I love experimenting with new techniques and, despite the fact that it usually costs me money, occasionally it’s well worth it.

This experimenting involves my own basic tinkering but also hosting trials for others, something I’d like to do more of, particularly if I can communicate the results to other farmers.

I therefore currently have some NIAB/AHDB oilseed rape variety trials and have hosted similar wheat trials.

These are being grown against a background where the crop’s viability, and therefore inputs, are being closely questioned, and with a NIAB analysis of OSR trials that showed an average negative margin from fungicide applications.

Also resistance to fungicides in general is pushing on quicker than we can combat it and, most crucially, the opinion of the food consuming public, who are of course our reason for existing, is most definitely on the side of reducing chemical inputs, which means so is the government’s.

Despite this, the AHDB protocol for the OSR trials allows for five fungicide applications, all with more expensive products at higher rates than we use on farm.

The wheat protocol contains similarly high rates of fungicides and includes provision for six applications, with the aim of keeping disease levels below 5%, while costs can exceed £300/ha.

How relevant is this to produce a recommended list for use on farms?

The disease exclusion approach which may have served us well in the past now appears to be firmly on the wrong side of agricultural and consumer trends.

There are even warnings that overuse of fungicides in farming is leading to resistance of human fungal diseases to our best treatments, similar to the situation with antibiotics.

Despite including untreated yields and resilience scores, a system that tests varieties using high inputs will inevitably select varieties requiring high inputs, which neither farmers nor consumers want.

So, should I continue to be a part of it?