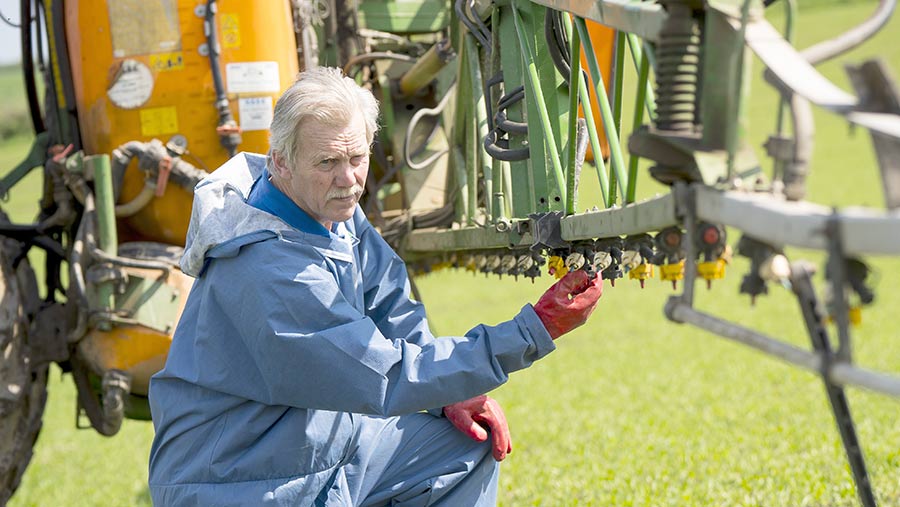 Farming is a much easier and pleasant occupation when the weather is being co-operative.

For the second year in a row, I have saved some good hay.

It is unusual here in the North West to have five sunny days in a row with a light breeze and, most importantly, no rain, and that is what we got last week.

So, the hay is bone dry, light green and smelling of summer.

However, to bring me back to reality, the weather has now broken, with prolonged periods of heavy showers, which started just as we got the last load safely into the shed.

Hopefully, it will improve again soon as I see a few patches of winter barley starting to lie down, oh and, the British Open kicks off in Portrush next week, although I am a little more concerned about my barley.

I recently applied a final fungicide to my malting barley, which is looking very well.

My sister has been visiting for a few days and was looking through some old photograph albums when she came across an article from a local paper featuring myself harvesting malting barley back in the 1980s.

Back then I was being paid £130/t “off the combine” – looking at quoted prices today, we haven’t moved on much.

Yields have improved certainly, but costs have also increased massively and I have no doubt I was better off back then.

It does flag up the poor state our industry is in and the lack of any link between cost of production and product price. Clearly, this cannot continue.

Add to that the general misinformed criticism by both the media and general public that has been building up against farming in recent years, and I do wonder what the future holds.

This was highlighted recently by the disgraceful and ignorant comments made by Evan Davis on the BBC PM programme, which could potentially undo much of the good work we responsible farmers have been doing for years.

I was so incensed that I wrote a letter of complaint to the BBC.

I doubt if it will change anything, but I feel we all need to fight back – and maybe more strongly than we have done to date.