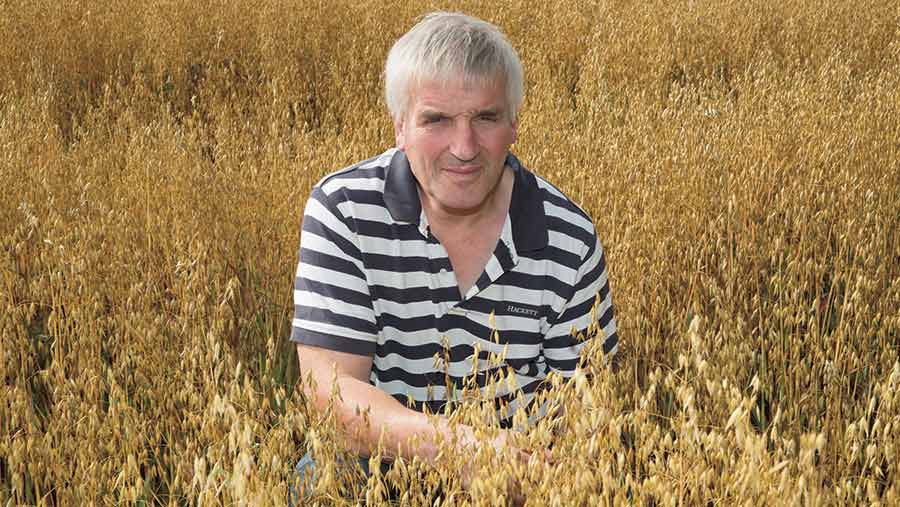 The area around Royston has traditionally been a stronghold of oat growing – mainly winter oats, but more recently there has been a reappearance of spring oats.

Winter oat crops in the locality are very easy to spot at the moment, not because they are coming into bell, but simply because many fields are infested with blackgrass.

Even oats sown in March have a problem – there are areas where the growing oats are being smothered by rampant blackgrass.

Our agronomist, who was out walking our spring-sown oats on some of our more recently acquired land, has advised us to spray some areas off with glyphosate to prevent a massive seed return which would make cereal growing near impossible in some areas of the fields.

Two of my neighbours have already told me they will not be growing winter oats again on their farms. However, it seems the growing of spring-sown oats is not a solution either.

Both of these neighbours have also given up the growing of oilseed rape in the past two years after having had their crops consistently ravaged by flea beetle. Their choice of a break crop has been seriously reduced.

There are three large oat millers in the UK and one of these is located just 17 miles from Royston. Their output have gone from less than 20,000t in the mid-1980s to more than 120,000t/annum now.

The buyer told me five years ago that he considered the greatest threat to his future oat supply to be blackgrass. At present, the mill only buys winter oats, as it finds the quality of spring oats varies too much from season to season.

Certainly there have been seasons here at Royston when spring oats don’t reaching the milling specification and spring barley doesn’t pearl either, while the winter-sown crops have been much more consistent over the years.

While we have grown winter oats for seed successfully for a number of years on the Nottinghamshire sandland farms, having managed to keep the farms reasonably clear of wild oats and blackgrass, it is only in the best years that the farms can produce a sample that reaches milling specification.

The UK millers have had to import oats over the past few seasons to plug gaps in the UK market. Let’s hope we don’t see more of our production being exported over the coming years as the UK munches its way through an ever-increasing amount of breakfast cereals.