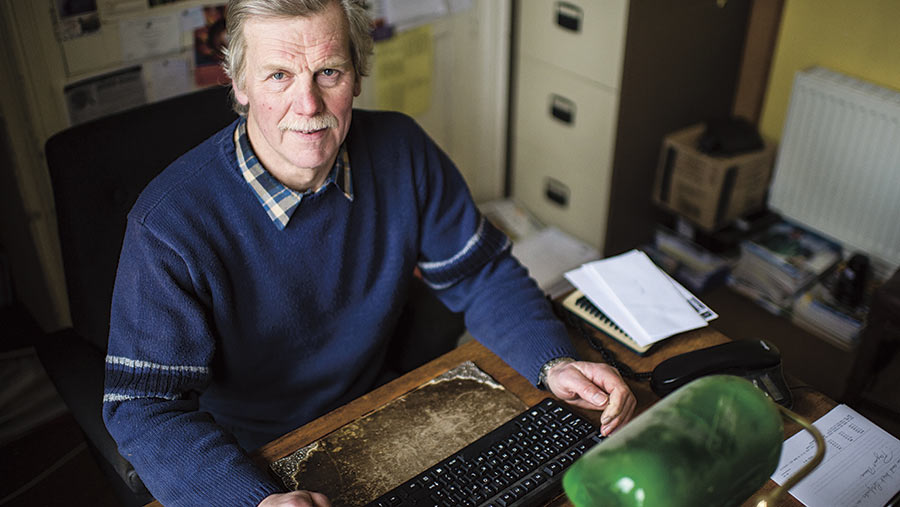 Spring work is now up to date after some intense activity, helped by a period of reasonably settled weather.

Crops are mostly looking pretty good, apart from a bit of mildew in oats and one field of wheat, but hopefully the sprays will confine it to the bottom leaves.

Awns are now coming through on winter barley, but crops in the south of the province are probably a good week ahead of ours in the North West.

So, I felt I could risk a few days away and accepted an invitation from some friends to join them in Portugal for some “rest and recuperation”. This was achieved and I returned feeling rested and destressed.

The first job on my return was to complete my 2017 BPS application online. I have done this since the online service started, so I assumed – probably naively – that it would be relatively straightforward.

The first part was simple enough. When I got halfway through the field details, I thought I should save what I had done so far, only to be confronted with an error message.

Turned out I was unable to save what I had done and had to start all over again. I took a deep breath, managed to complete the field section, save it and moved on to the ecological focus area (EFA) declaration.

To my surprise I discovered a number of hedges had mysteriously changed from last year. One field with a hedge around its four sides now appears to have 10, with 10 different codes.

This is repeated, to varying degrees, in a number of other fields. Following some enquiries and a visit to the department office, it appears some of the field maps have been changed without explanation.

I really struggle to understand why civil servants feel the need to unnecessarily complicate an otherwise straightforward system and make life as difficult as possible for those they are supposed to be serving.

Time, I think, to drain the swamp. The net result is an irate and stressed-out farmer who is now in need of another holiday. See you at Cereals 2017.